There is nothing "controversial" about Enbridge's Line 10 pipeline.

Nor were the anti pipeline activists protesting maintenance work on that line "peaceful," as the Hamilton Spectator inexplicably describes it.

When you physically prevent people from accessing their property, you are engaged in violence.  Which is anything but peaceful.

And nowhere in the newspaper's story is there an explanation of how Line 10 or work on it is "controversial." Readers are simply expected to take it as a given.

What ought to be controversial is anti pipeline activists violating property rights, in this case, those belonging to Enbridge.

What ought to be controversial is media outlets providing cover for violent anti pipeline activists by calling them "peaceful" and justifying their actions by claiming work on a pipeline is "controversial."

This type of biased reporting, that fails to tell the whole story, is an example of the "fake news" phenomenon that is harming public debate on important issues -- like getting pipelines built. 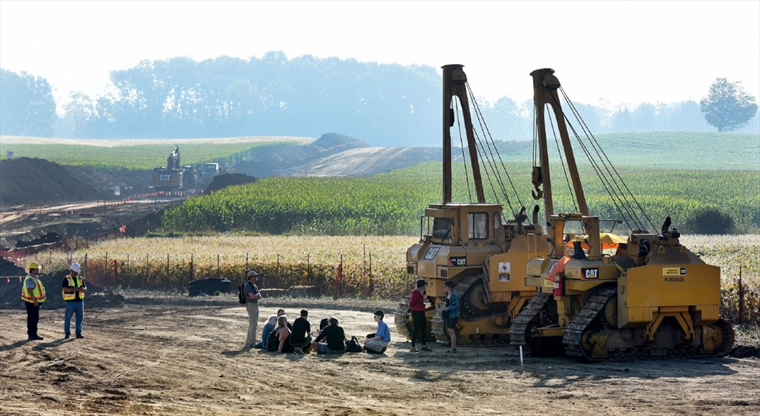