“Regulated parties have long argued that their federal permits protect them from their neighbours’ property-rights claims.”

“Such claims are an important means for property rights to promote better environmental outcomes by requiring polluters to account for the costs of their activities imposed on others.”

For more than a century, a copper smelter in Opportunity, Montana, emitted thousands of tons of toxic metals, polluting its neighbours’ properties and creating effects still felt today. In a few months, the Supreme Court of the United States will consider whether those neighbours can hold the polluter responsible for the effects, or whether a federal law intended to encourage environmental remediation actually discourages it.

In Atlantic Richfield Co. v Christian, the neighbours have sued the current owner of the smelter seeking a variety of compensatory damages, including funds to remove arsenic and other pollutants from their properties. Such claims are an important means for property rights to promote better environmental outcomes, by requiring polluters to account for the costs of their activities imposed on others.

The company (Atlantic Richfield Co.) responds that its neighbours have no right to seek that compensation. Previously, it complied with an EPA-ordered cleanup of the properties and argues that, under the federal law that empowers EPA to force such cleanups, the company can’t be required to fund any further remediation. Its neighbours’ common-law property rights, in other words, are pre-empted by federal law.

The federal law—the Comprehensive Environmental Response, Compensation, and Liability Act, also known as Superfund—allows EPA and others to clean up polluted properties at the expense of those responsible for the pollution. Thus, there’s at least some tension in the argument that a law meant to facilitate remediation actually blocks it.

The conflict isn’t unique to Superfund. Regulated parties have long argued that their federal permits under the Clean Air Act, Clean Water Act, and other laws protect them from their neighbours’ property-rights claims. For instance, air-pollution emitters have argued that, having received a federal permit, they cannot be made to do more. So far, that argument has received a cold reception in state and federal courts.

The argument has fared no better under Superfund. This is due, in part, to Congress’ general practice of declining to explicitly pre-empt more protective state laws in federal pollution statutes. Instead, Congress generally preserves state authority. In Superfund, for instance, Congress provided that “Nothing in this Act shall be construed or interpreted as pre-empting any State from imposing any additional liability or requirements with respect to the release of hazardous substances within such State,” and that “Nothing in this Act shall affect or modify in any way the obligations or liabilities of any person under other Federal or State law, including common law, with respect to releases of hazardous substances or other pollutants or contaminants.” Yet, the United States and Atlantic Richfield respond, Congress didn’t mean to allow states to actually frustrate Superfund’s purposes.

The Montana Supreme Court, siding with the neighbouring property owners, denied any conflict between the law’s goal of cleaning up polluted sites and the neighbours’ goal of cleaning up a polluted site. The Court also focused, correctly, on the constitutionally protected property rights at stake in the dispute, noting that nothing in the property owners’ claim for restoration damages “stands as an obstacle to the accomplishment of congressional objectives as encompassed in CERCLA,” unless Congress’s objective was to condemn, in perpetuity, the private property of an individual property owner because that property happened to have been contaminated by a third party.

The Supreme Court’s decision to hear the case is curious. There is no conflict among the lower courts, a key consideration for the court. The United States opposed review, suggesting that, even if there is a conflict between Superfund and the neighbours’ claims, the conflict is not very significant. And the case is still at an early stage, meaning the Court will have another opportunity to review it later, with the benefit of a decision on the company’s actual liability.

The Supreme Court reverses most of the cases it takes, having done so in 70% of cases during the last decade. So the decision to review the case could be a signal that the Court anticipates that it will reverse the Montana Supreme Court.

However, a recent decision makes that less likely. In Virginia Uranium, Inc. v. Warren, a fractured court rejected the argument that a federal law governing uranium refining pre-empts state regulation of uranium mining. The lead opinion, by Justices Gorsuch, Thomas, and Kavanaugh, suggests that pre-emption should be extremely rare unless a statute expressly limits state authority. That logic would have even more purchase where, as under Superfund, Congress has explicitly preserved state authority.

But the Supreme Court may be hesitant to reverse for another reason, hinted at by the Montana Supreme Court’s quote above. The right to protect one’s property from trespass or nuisance is a core property right and extremely valuable. If CERCLA and other laws are interpreted to broadly take away these rights, it would expose the federal government to tremendous liability under the Takings Clause, which requires the government to pay just compensation when it takes property through condemnation or regulation. The Supreme Court has previously held that where a court interprets the law to upset existing property rights, it can commit a “judicial taking,” which the government must pay for.

Since the interpretation would affect every property owner whose land is polluted by a third party, this could be the largest taking in U.S. history. Courts should be extremely hesitant to interpret laws to impliedly destroy so many property rights. 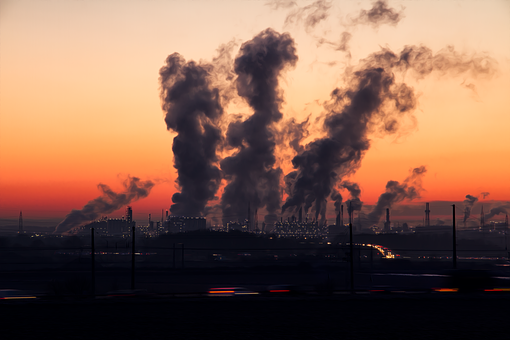 Jonathan Wood is a Property and Environment Research Center (PERC) research fellow and an attorney at Pacific Legal Foundation, where he litigates environmental, property rights, and constitutional cases. Wood is the author of six law review articles on endangered species, federal lands, and other environmental issues, as well as dozens of articles for the popular press, including pieces for The Wall Street Journal, The Washington Post, and National Review.