Another reason why lack of property rights-respecting pipelines is going to hurt farmers for the foreseeable future...

The effects of a nationwide railway dispute are already hitting western Canada hard.

“With the drought we had last year we already had a critical feed shortage, so right now they’re relying on somewhere between eight and 10 trains per week bringing up corn and dried distillers’ grain from the states to feed the more than million head of cattle in Western Canada,” said Foothills MP and Shadow Agriculture Minister John Barlow, whose riding south of Calgary includes some of Canada’s oldest and most established cattle ranches.

“And if we don’t have that, we’re facing a pretty serious animal health crisis.”

For ranchers, producers and industries in much of the southern prairies, Canadian Pacific is their only railway option.

CN, Canada’s largest railway in both revenue and network, built their transcontinental line along a more northerly route, with the bulk of branch lines and secondary routes servicing areas south of Saskatoon and Edmonton largely abandoned over the decades.

A strike vote held earlier in March saw 96 per cent of TCRC members voting in favour of a strike, reflecting the frustrating impasse taking root at the bargaining table.

“For the sake of our employees, our customers, the supply chain we serve and the Canadian economy that is trying to recover from multiple disruptions, we simply cannot prolong for weeks or months the uncertainty associated with a potential labour disruption,” Canadian Pacific President and CEO Keith Creel said in a company statement.

“The world has never needed Canada’s resources and an efficient transportation system to deliver them more than it does today. Delaying resolution would only make things worse. We take this action with a view to bringing this uncertainty to an end.”

“We’re really, really disappointed,” he said of the impending lock-out.

“Yesterday’s announcement of a lock-out is upsetting, and our members are not very pleased with that.”

The overwhelming strike vote notwithstanding, Lacroix said work stoppages are the last thing their members want.

While wages, pensions and benefits remain at the centre of the impasse, Lacroix said the union also wanted the railway to address concerns over rest and work rules.

“Yard employees at Canadian Pacific are only allowed ten hours rest,” he said.

“In some locations it isn’t sufficient time to go home, to rest and return for their next tour of duty.”

A statement released Thursday by the Canadian Federation of Independent Business (CFIB) said the dispute could not come at a worse time for their members.

“As many businesses rely heavily on rail services to send and receive their goods from Canadian and international suppliers, the work stoppage will further disrupt their operations and create more uncertainty at a time that is already challenging for many businesses,” the statement read.

“Only 35% of businesses have returned to normal sales, while debt levels and share of businesses considering bankruptcy remain high.”

In light of the ongoing worldwide supply chain crisis — and Ottawa’s invocation of the Emergencies Act last month to ostensibly clear trade-crippling freedom convoy blockades at land border crossings — many are predicting the Trudeau Liberals are preparing to table back-to-work legislation or declare the railroads an essential service.

Spokespersons for both the Transport and Labour ministers declined to answer direct questions about legislating trains back onto the rails, directing the National Post instead to a statement from Labour Minister Seamus O’Regan.

In the statement, O’Regan said he respected the collective bargaining process, adding that both he and Transport Minister Omar Alghabra would monitor the impact of any work stoppages — strongly suggesting the federal government was not intending to step in before any deadline expired.

In a tweet later Thursday, O’Regan said, “Update: CP Rail and TCRC remain at the table with the support of federal mediators. I’ve been in regular contact with them and continue to monitor the situation closely. It’s not lost on us that this news is already starting to have real impacts.”

Barlow said the dispute ending in either a strike or lockout shouldn’t have come as a surprise to anybody.

“We’ve been in contact with Minister O’Regan asking them to make sure that they have a contingency plan in place that will prevent a strike,” he said.

“That’s up to them whether that’s binding arbitration or back-to-work legislation.”

All this, Barlow said, as ranchers scramble to feed their herds and farmers wait to ship grain harvested two seasons ago.

“All of these things take time, and that’s something we do not have right now,” he said. 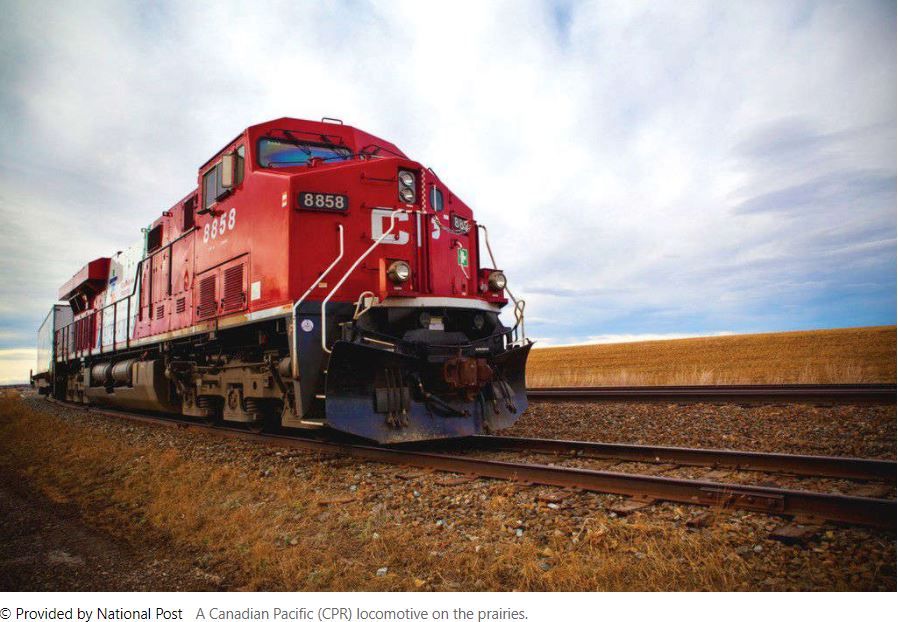