POLK COUNTY, Ga. — Many families are coming up with creative ways to make ends meet during this pandemic. But one man’s plan highlights a growing community issue: who is the true master of your land? Channel 2 anchor Sophia Choi started investigating, and learned the answer may come from a judge.

Choi spent weeks looking into this after hearing from Tim Leslie of Polk County. His plan was to buy land and live off it, after losing his job due to the pandemic.

He bought the land, but the county says he can’t live there.

Leslie has chickens, goats, a vegetable garden and plenty of space to roam around in the fresh air.

“We plan on building a forever home here and, you know, growing old and giving it to our kids,” Tim Leslie said.

It’s a place where Leslie, his wife Amy and their two kids, 9-year-old Knox and 18-month-old Daisy could thrive, even during a pandemic.

Almost every penny Leslie had, including a pension and 401(k) savings, went to buying and clearing the land near Cedartown in Polk County in November of 2020.

But instead of living there, his kids are now playing on asphalt and living in an RV park.

Leslie says that’s because the county forced them to move after slapping them with a citation for living in their recreational vehicle on their own property.

“Before I could go to court, they showed up at my property, the building inspector and the code enforcement officer, and told me that I had to be off my land or they were going to seize my vehicles and my assets,” Leslie told Choi.

“This is a question about property rights,” said attorney Ari Bargil with the Institute for Justice. “Mr. Leslie owns the property on which he situated his camper. And as a result, he has the right to live there, as long as he’s not harming anybody through his use.”

Leslie says he checked the county codes before buying the land. He showed Choi the section that allows for “single-family dwellings” in an agricultural district, under which his property is designated. Under the county’s definition for “dwellings” it specifically includes “manufactured homes, mobile homes, industrialized buildings, and recreational vehicles.”

“It showed that we could have our animals here and be in our camper temporarily. So that’s the reason we moved out,” Leslie said.

Leslie showed Choi the citation. The violation is listed as “living in campers/RV.”

Choi tried numerous times to get an interview with Polk County administration.

The county manager, the police chief and the county commission chair all refused, citing a pending court case with Leslie. They also refused to explain the ordinances in general terms, or clarify which one trumps the other.

However, Polk County police chief Kenny Dodd did email Choi several codes that he says prohibit Leslie’s plan. One states, “temporary buildings and trailers shall not be allowed in any district except when utilized for construction site contracting work.”

Chief Dodd also referenced section 700.03, which lists the purpose of the codes to include “aesthetic values of land and property.”

“There is nothing that says that he can or cannot have a camper on his property,” Bargil said. “They’re trying to compile this mishmash of ordinance applications in order to be able to say you can’t do this. But the reality is that this is a unique use of property. It’s one that’s not contemplated by the city’s ordinances. And for that reason alone, it should be allowed, at least temporarily.”

Leslie hoped to save money by living off his land. Instead, he says it’s costing him money and livestock.

Because he is unable to stay overnight, he’s losing animals to coyotes, despite making daily, hourlong round trips from the RV park.

Bargil says Leslie joins a growing list of cases involving homeowner’s rights, at a time when compassion could go a long way.

“People are struggling financially. I think it’s important that cities allow people some leeway, so that they can figure out creative ways for them to be able to make ends meet, and to get by until they’re able to get back up on their feet,” Bargil said.

That was Leslie’s whole plan, to live in the RV until he could get back up on his feet and build a forever house that would last for generations.

“I don’t know if that’s still going to be the case. I’m a little scared to be in Polk County,” Leslie said.

Leslie lost in municipal court, but in a highly unusual move, a superior court judge agreed to hear his case.

He’s also working with the Institute for Justice in hopes of bringing a civil suit against Polk County. 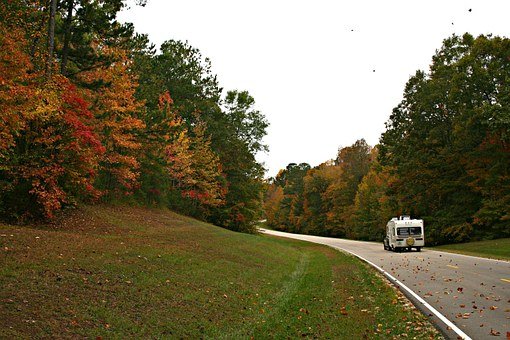