Expropriation: Are Holdouts Really a Problem?

Owners have a right to gain economically from projects proposed for their land.

“If you have a right to certain property, then it can’t be taken away from you and that is that.”

Eminent domain (expropriation in Canada) gives the government the power to take over private property for public use.

A popular argument that this interference with private property is needed goes like this: We can’t measure subjective utility, but we can take increases in wealth as a rough proxy for increases in utility. (This assumption is mistaken, but I won’t get into that here.) Suppose, on this assumption, that some public project will add a great deal of wealth to the economy. Unfortunately, someone owns a small parcel of land necessary to get the project underway. Often, a little old lady who refuses to sell her house, preventing a road from being built, is given as an example of the problem.

You might be inclined to dismiss this argument immediately. Wouldn’t it be unfair to the old lady to take away her house, just so total wealth goes up? But supporters of the argument have an answer. They say, “Can’t we give the old lady enough money so that she is as well off as she was before? Then, the economy is better off and she is no worse off.”

I have never found this argument persuasive. I think it suffers from a crucial flaw. Before explaining what that flaw is, let’s look at a statement of the argument by the distinguished classical liberal legal scholar Richard Epstein. In his book Simple Rules for a Complex World (Harvard, 1995), he says: “Often the government needs to obtain material resources from individuals in order to supply services to the public at large. . . . Holdout and coordination problems preclude that consensual solution for certain key assets, such as specific parcels of land needed for the construction of a fort or a public road. This problem is best met by government taking with payment of just compensation. Ideally, the individual citizen is left indifferent to the loss.”

What is the crucial flaw in the argument? You might at first think that it is the failure to take account of the non-monetary value of her house to the old lady. What if it has great sentimental value to her; maybe it is the house she has lived in all her life. Or what if the property taken is a religious shrine? To offer compensation based only on the real estate value seems unfair.

This is an excellent point, but it isn’t the one I want to concentrate on here. The argument is still flawed, even if you disregard this type of value. Even if the owner attaches no sentimental or religious value to her house, but views the takeover in a strictly dollars-and-cents way, there is a problem that involves the compensation that is offered.

The problem is this: When it is said that the owner has to be made as well off as she was before, something important is being disregarded. The property is now much more valuable than it was before the project to build a bridge entered the scene. By hypothesis, the bridge adds immensely to the wealth of the economy. If the government had to buy the land from the owner in order to build the road, it would have to offer much more than the value of the property, leaving the bridge out of account. In brief, the owner could “holdout” in order to capture a substantial part of the economic gain from the project.

Supporters of eminent domain have an obvious answer to this point. Isn’t the owner taking unfair advantage by holding out? Isn’t some sort of action needed to prevent the owner from exploiting the situation?

Before I respond to this, one point of clarification is essential. From a Rothbardian perspective, the whole issue dissolves at once. If you have a right to certain property, then it can’t be taken away from you and that is that. Rights cannot be taken away from you because total wealth would go up if they were. Readers won’t be surprised that this is my own view, but here I’m considering the argument just on its own terms.

Those who don’t accept absolute property rights may say the case is that of the person who demands from a victim of thirst in the desert a million dollar fee for a drink of water. Isn’t someone who does this taking advantage of the victim’s misfortune in a morally unacceptable way? (Again, I am not questioning whether he has a right to act like this.)

But the holdout case isn’t like this example. The owner is engaging in strategic bargaining. She is not taking advantage of anyone’s misfortune, other than the “misfortune” that those who would economically benefit from the bridge will have to pay more money and will end up with less of a net gain.

But suppose that you disagree with me about this. What if you think that it would be unfair for the owner to capture nearly all the economic gain from the bridge? It does not follow that she may be deprived of any gain at all. Why should all the profit from the bridge go to those who initiate the project and none to the owner? Isn’t she entitled to something more than being put back to her previous level of well-being?

Practically no one finds my view persuasive, but, rightly or wrongly, that is usually not enough to get me to shut up. Whether it should in this instance I’ll leave to my readers to judge.

David Gordon is a philosopher and intellectual historian. He is senior fellow at the Mises Institute, and editor of The Mises Review. 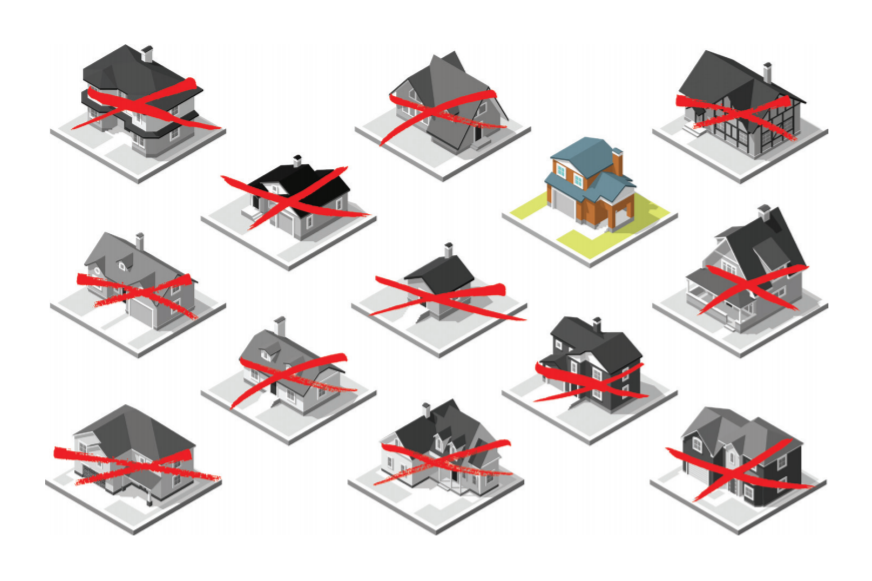