How Can the Pipeline Landowner Movement Work With Companies?

“As long as we want to remain a safe and green carbon-based society and economy, we need new, state-of-the-art pipelines.”

“To get pipelines built in 2016 and the years to come, it will be necessary to re-imagine industry’s relationship with farmers, ranchers, woodlot operators, acreage residents and other rural and semi-urban property owners.”

“By respecting property rights, from the farm gate to the pump station, as partners, we can convince Canadians that we are all in this together.”

For too long, landowners have been seen by industry and government as outsiders—not as partners in, members of, or suppliers to—but too often as adversaries or problems for energy transport.

There are a few reasons for this. Without going into too much historical detail, the fact is this country was set up very much to facilitate economic and industrial development, whether it was the fur trade, or railways, or hydroelectric projects, or pipelines, government reserved the power to take land from whomever was using it and give it to those behind these types of projects.

This was always said to be done for the so-called “greater good,” even though most of our economic prosperity for the last few centuries has come from voluntary exchange and respect for property rights.

The power to expropriate, the power to acquire the use of somebody else’s property for private and even public industrial projects, is not only not necessary, but is in fact harmful to our economy and society.

Especially today, when it comes to pipeline projects.

For most of their history, pipeline projects have been very much “out of sight, out of mind,” as far as the public is concerned.

But today, as a result of the unprecedented success of radical environmental activists, in the media and with government, pipelines are very much top of mind for Canadians.

Pipelines have been completely politicized. So politicized that the entire industry has been virtually paralyzed in recent years.

This political paralysis has pushed economically important—some would say urgent—projects like Northern Gateway and Energy East into such uncertainty that some fear both may be dead.

It’s also because the safest and most environmentally friendly pipelines are new, state-of-the-art pipelines.

So as long as we want to remain a wealthy society, we will keep a carbon-based economy while we continue to look for efficient renewables or other energy sources.

And as long as we want to remain a safe and green carbon-based society and economy, we need new, state-of-the-art pipelines.

As intensive energy users, nobody knows this better than food producing farmers and ranchers.

As farmers and ranchers who live and work with their families and business operations and have pipe on their property 24/7/365, CAEPLA members know what safe and environmentally friendly pipelines look like, and need to look like.

Which is why, in this age of politically paralyzed pipeline projects, in this age of so-called “social license,” there is nobody better placed than pipeline landowners to create leverage for industry. To certify industry, if you will, in terms of safety and environment.

To get pipelines built in 2016 and the years to come, it will be necessary to re-imagine industry’s relationship with farmers, ranchers, woodlot operators, acreage residents and other rural and semi-urban property owners. I would include First Nations communities, too, as they share many of the same concerns as all other landowners, but the sad reality is our individual indigenous fellow citizens too often enjoy even fewer property rights than the rest of us, and are subject to a separate legal regime.

And we have seen indications recently that Enbridge is very serious about this, and we believe TransCanada is exploring ways to improve their relationship with landowners, too. We are not saying that either company did not previously care about landowners—we are simply saying that as times change opportunities to do things in new and better ways arise.

The first step in re-establishing and renewing the relationship with landowners is as simple as it may at first seem difficult: abandon National Energy Board expropriation.

Voluntarily end the practice of legal land theft, and the threat thereof.

This approach is based on respect for property rights. The property rights not just of farmers and ranchers, but of all Canadians, including pipeline companies themselves.

Think: the power to expropriate landowners on demand for pipeline projects is the same power to carry out pipeline expropriation on the demand of environmental activists. Not a far fetched notion in today’s political climate.

But by respecting property rights across the board, from the farm gate to the pump station, as partners, we can convince Canadians that we are all in this together. 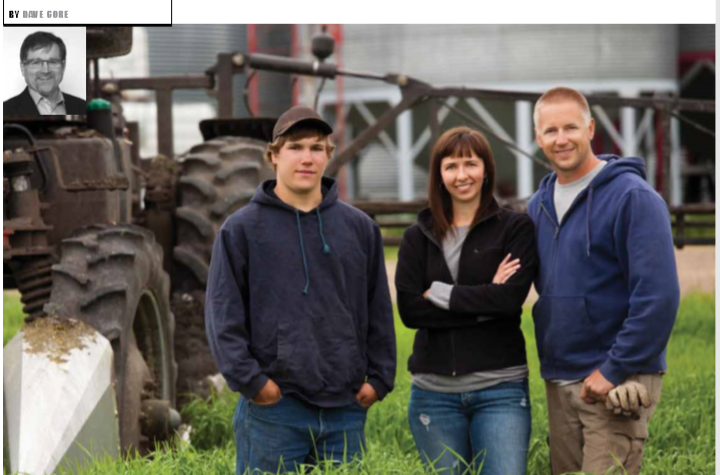 Dave Core is the founding president and CEO of CAEPLA.