Enbridge says Line 3 'substantially complete,' will be in service on Friday

CALGARY — Enbridge Inc.'s Line 3 pipeline replacement project will enter into service on Friday, making it the first major Canadian pipeline project to be completed since 2015 and marking a significant victory for an energy sector that's been hamstrung by a lack of export capacity.

"This is a big win for sure," said Leo Golden, Enbridge's vice-president of Line 3 Project Execution in an interview. "I think part of it has been just how long it has taken us to get here."

The Calgary-based pipeline giant said Wednesday its 1,765-km Line 3 replacement — which will carry oil from Alberta to Enbridge's terminal in Superior, Wis. — is "substantially complete." Enbridge will begin filling the line on Oct. 1 and will ramp up to full capacity of 760,000 barrels per day by the end of the month.

The project, which started construction in 2017, is the first significant Canadian pipeline project to be completed since Enbridge's Alberta Clipper project in 2015. It replaces an aging pipeline built in the 1960s and also expands it, adding about 370,000 additional barrels per day of crude oil export capacity from Western Canada to refineries in the U.S. Midwest.

The $9.3-billion project was first announced in 2014, but ran into opposition from environmental groups and Indigenous groups along the way. Opponents of the project have said the Line 3 expansion will accelerate climate change and also poses a risk of oil spills in environmentally sensitive areas.

The last leg of the $9.3-billion project to be completed was the 542-km Minnesota segment of the pipeline. Other sections had already been placed into service in Canada, North Dakota and Wisconsin, but in Minnesota Enbridge faced court challenges and protests.

In June Enbridge was handed a victory by the Minnesota Court of Appeals, which affirmed the approvals granted by independent regulators that allowed construction on the Minnesota leg to begin last December.

Golden said Enbridge is still waiting to see if that decision is appealed to the Minnesota Supreme Court.

“We assume that they’re going to, but they haven’t yet,” he said.

Cathy Collentine, the associate director of the U.S. Sierra Club’s international “Beyond Dirty Fuels” campaign, described the announcement as a “devastating outcome” for the climate movement. The Sierra Club and other environmental groups had been pressing U.S. President Joe Biden to intervene and block the project in the name of his administration’s stated goal of confronting the realities of climate change.

Regardless of what happens with Line 3, Indigenous groups, environmentalists and activists won’t give up the fight, she added.

“The fight against Line 3 is about more than a single pipeline. It’s a fight for climate justice, it’s a fight for a future free from fossil fuels,” Collentine said. “None of that work stops just because Enbridge has succeeded in building this pipeline.”

Enbridge said Friday the Minnesota leg of the project was the most studied pipeline project in that state's history, and that project approvals from federal, state and local agencies came after 71 public comment regulatory meetings and more than 3,500 community engagement meetings.

Enbridge has said the Line 3 project was necessary to replace and expand the aging and deteriorating original pipeline. The thicker-walled pipe used for the replacement will ensure a "safe, reliable supply of North American crude oil to U.S. refineries," the company says.

"After more than eight years of many people working together, extensive community engagement, and thorough environmental, regulatory and legal review, we are pleased that Line 3 is complete," said Enbridge chief executive Al Monaco in a news release.

"From Day 1, this project has been about modernizing our system and improving safety and reliability for the benefit of communities, the environment and our customers."

Canada's energy sector has been hamstrung by a lack of pipeline infrastructure in recent years. An IHS Markit report from December found that delays in the expansion of the export pipeline capacity have contributed to lower prices in Western Canada, representing a loss of $17 billion for the crude oil industry over the last five years.

Tristan Goodman, president of the Explorers and Producers Association of Canada industry group, said Wednesday's announcement is a positive step that will help to ensure Canadians get a fair price for their energy products.

"As the United States and the U.K. have recently or are currently experiencing, there remains a significant demand for hydrocarbon energy around the world," Goodman said in an email. "The Line 3 expansion is a recognition of the ongoing demand for this essential product and this expansion supports Canadians and the Canadian industry."

The news was also celebrated by the governments of Alberta and Saskatchewan, which heralded it as a step forward for hundreds of thousands of Canadian oil and gas workers in those provinces.

Enbridge said Wednesday it was proud of its efforts to engage Indigenous communities along the pipeline route. It said more than 1,500 Indigenous people worked on the Line 3 replacement project in the U.S. and Canada, and in Minnesota, Native Americans made up seven per cent of the Line 3 workforce.

— With files from James McCarten

This report by The Canadian Press was first published Sept. 29, 2021.

Companies in this story: (TSX:ENB) 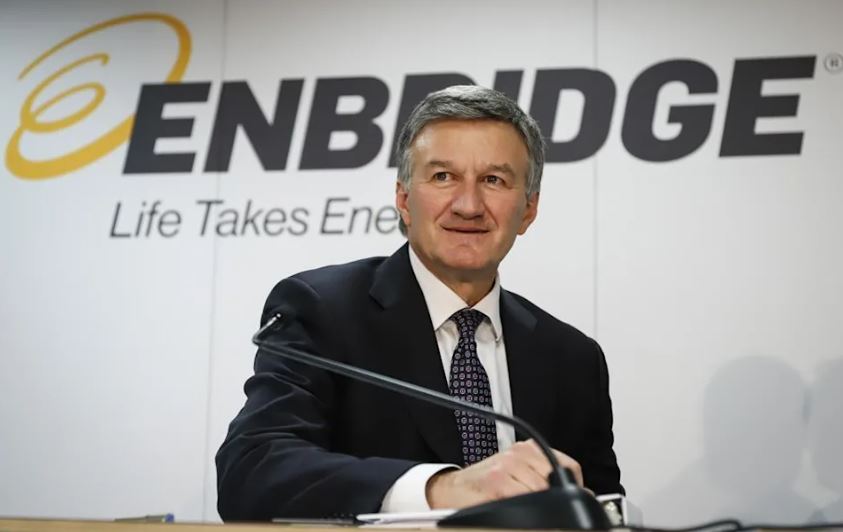