Embattled pipeline company Enbridge Inc. is working with advisers to sell a group of Canadian gathering and processing assets that could fetch more than C$2 billion (US$1.56 billion), according to people with knowledge of the matter.

Calgary-based Enbridge has hired Royal Bank of Canada to help with the sale process, said the people, who asked not to be identified because the details are private. The package of assets, located across British Columbia and Alberta, was owned by Spectra Energy Corp., which agreed to be acquired by Enbridge in 2016 for about $29 billion.

Enbridge said in November it plans to divest about C$10 billion in assets as it streamlines its business into three core segments: oil pipelines, gas pipelines and gas utilities. The company is aiming to sell at least C$3 billion of those assets this year from its onshore renewable and gas midstream businesses.

Shares in the company, which has interests in almost 3,000 megawatts of net renewable generation and power transmission capacity, have fallen more than 27 per cent since it announced the Spectra deal in September 2016, according to data compiled by Bloomberg.

That purchase included about $14.5 billion of debt, the data show. In December, Moody’s Investors Service Inc. downgraded Enbridge’s rating one level to the second-lowest investment-grade rating, saying the divestiture plan was “insufficient to improve the financial profile of the company in a timely manner.”

--With assistance from Kevin Orland 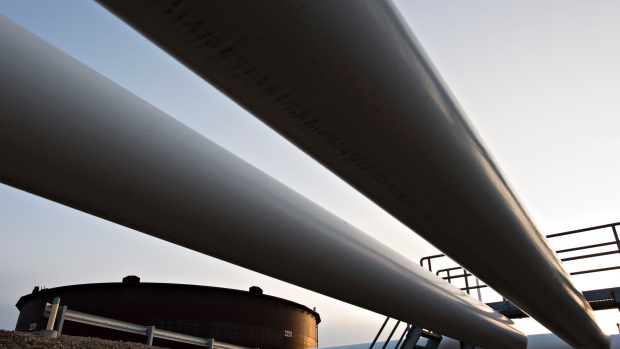