Enbridge and EVRAZ: a Partnership Forged in Steel

“We are committed to a strong future producing pipe that meets increasingly stringent industry standards.”

A commitment to thicker, state-of-the-art pipe is creating economic spinoffs — and peace of mind for landowners and a public demanding greater safety in energy transport.

Steel manufacturing giant EVRAZ North America announced earlier this year that it would invest about $200 million in its Regina operations over the next two years.

The investment, the biggest in EVRAZ North America’s history, paves the way for:

Enbridge has purchased more than 1.6 million tons of carbon-steel pipe from EVRAZ since 2006 — that’s more than 7,100 kilometres’ worth — and nearly all of the large-diameter pipe Enbridge will use for its large slate of energy infrastructure growth projects in the near future, including the proposed Line 3 Replacement Program, will come from EVRAZ.

“We’re delighted to be part of a Saskatchewan success story,” Enbridge CEO Al Monaco said. “EVRAZ is a proven partner, and we’ve built a long-term relationship on our shared commitment to making safety and quality the highest priorities.”

EVRAZ employs more than 1,000 people in Regina, and creates massive indirect value — about $600 million a year — from regional economic spinoffs, including purchase of goods and services, raw materials and contractor services.

Enbridge is an integral part of that economic picture. In 2014, it purchased 86 per cent of the line pipe made by EVRAZ in Regina.

Enbridge and EVRAZ have a shared commitment to pipeline safety and operational reliability.

“The heart of Enbridge’s business is the pipe in the ground. Safety and quality are the highest priorities when it comes to our pipeline steel, and we share a common bond with EVRAZ in that regard,” said Dave Lawson, Enbridge’s vice-president of major project execution.

Enbridge’s specifications exceed industry demands, Lawson explained.  “We look for higher-quality pipe that undergoes more rigorous and more frequent testing — and our inspectors have unlimited access to EVRAZ facilities through the manufacturing process.”

EVRAZ North America president and CEO Conrad Winkler says both companies share a set of core values. “Like Enbridge, safety and quality are our highest priorities — as our Regina investment reflects, we are committed to a strong future producing pipe that meets increasingly stringent industry standards,” Winkler said.

Dave Core, president and CEO of the Regina-based Canadian Association of Energy and Pipeline Landowners Associations (CAEPLA) said the EVRAZ-Enbridge announcement is a win across the board for landowners, the public, industry and the economy.

“Thicker, higher-quality pipe will provide added peace of mind for pipeline landowners,” he says.  “And it’s a bonus anytime you see industry investment in safety benefit the economy like this.”

Meanwhile, between 94 and 96 per cent of EVRAZ steel is made of recycled content, purified with some raw iron ore and fortified with alloys such as manganese. Silicon and molybdenum.

EVRAZ and Enbridge also announced that the two companies will partner on a joint research and development program to enhance pipeline performance. Along with industry and academic institutions, EVRAZ and Enbridge will help to drive continuous improvements — with the ultimate aim of optimizing industry-wide safety and reliability.

Added Lawson: “We are constantly looking for ways to enhance pipeline safety for landowners and community residents — and our R&D program with EVRAZ is an excellent example of that.” 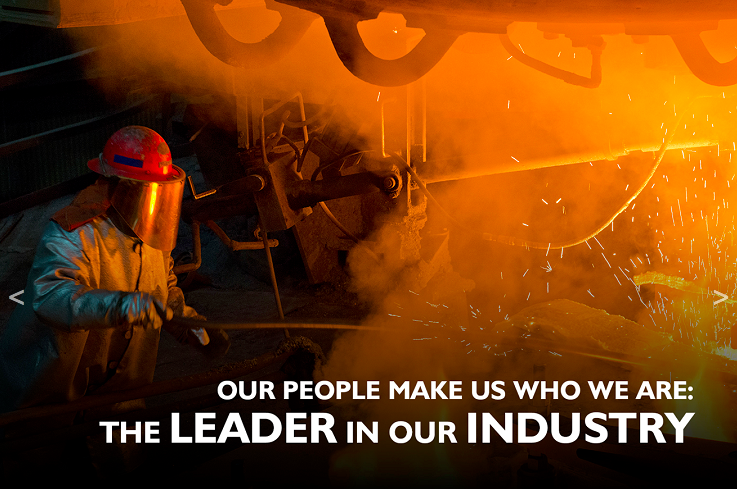