Do we need a French Revolution?

The question of who land belongs to continues to haunt discussions around the world. In my international travels it most certainly was common to discuss not only land ownership but land access. For Canadians, ownership appears to be a given but the reality of land accessibility and ownership is a conversation we need to have.

From a global perspective cattle usage of land and forestry usage of land are nearly equal, each occupying approximately 26.5 per cent of the earths’ surface. A review of the top 100 of the world’s largest landowner’s, supports that their interests are primarily in agriculture and forestry. Barren land accounts for 18 per cent of the land mass, glaciers for 10 per cent, scrub bush accounts for eight per cent, arable acres for seven per cent of the surface, and built-up lands, such as in the Netherlands, account for one per cent. Only one per cent of the global land surface is home to fresh water. From these facts gathered by the World Bank and the FAO, I would offer that when it comes to accessible agricultural land and fresh water to maintain human growth, we have a very small planet.

As mankind is approaching the issue from a linear set of solutions and as arable acres shrink due to development, the added pressure will cause a tipping point. That point may prove to be unsalvageable by science or technology. Regardless of how you want to look at the future, we owe our current and future existence to a beautiful medium called soil and to the rainwater that refreshes it. The loss of biodiversity allowing plants to sequester, regenerate and communicate will likely prove to be extraordinarily underappreciated.

With fewer than five per cent arable acres in Canada, we must carefully consider the reality of Canadian agriculture and its relationship with other industries. And, we must ask ourselves, how we will rejuvenate, own and access this precious resource.

Land ownership is a vague descriptive under Canadian law. In 1763 the Crown Land Patent Act allowed for the ownership of settled land in perpetuity. This was, however, under common law so in reality landowners have the right to tenure. There have been no acts introduced in Canada to amend for the allowance of land ownership. The Municipal Act of 1973 gave regional governments power to control their own land development, which was powerful and needed, but all of these acts are void under common and martial law. In 1987 the Charter of Rights promised the right to enjoyment of property without any mention of actual ownership, despite Canada’s commitment to the 1948 Universal Charter of Human Rights which allows for property ownership. Being a federal statute, the Canadian Charter can be overridden by federal acts at any time. Do we or do we not have land ownership? And if so, is that land still in Canadian hands?

Canada remains a colony of the British and the Crown is the official owner of Canadian land. Although there is provision for foreign ownership of land in Canada, much of the investment is from region to region. As an example, multiple provincial individuals, companies and investment groups invested in Saskatchewan farmland to the tune of over 837,000 acres between 2013 and 2014. And although the discussion of heavy investment in farmland from places like Asia and the Middle East have been inspired, there is little evidence to support this. Foreign investment funnelled through Canadian companies with large land holdings, forest blocks, residential development or mining interests is however, alive and well.

With the Queen owning one sixth of the earth’s surface, followed by King Abdulla and the Catholic Church, private land ownership by church and state remains an issue of the day. If we, as first Canadians or settled Canadians do not have the right to land ownership, how is it that we can control access, appropriation or successional value? The future political platforms must include actual ownership within Canadian law and protect that ownership under human rights.

The French Revolution was started by peasants who wanted freedom from tenure held by church and state. We may not need a revolution — or do we? Having a voice on land ownership allows for a concrete discussion of use both on the surface and below it. Unnoticed acts, such as Alberta’s Carbon Capture and Storage Statutes Amendment Act passed in 2010, which gives the Crown ownership of all subsoil pore space and everything within it including water, clearly diminishes property rights. There is no provision for compensation.

Access to land surface is in itself a universal challenge. Many farmers around the globe face a reduction in tenure time and 40 per cent of Canadian agricultural leases are short term. Many countries limit land ownership, such as India, which prohibits individuals from owning more than approximately seven acres, thus keeping farmers poor. In other areas of the world, government has redistributed land such as was the case in Argentina. Culture often keeps land in male hands even though it is women who wish to farm and corporate interests worry about land access as it relates to food and mineral supply.

There is so little soil.

Like the French revolutionists, we must take a serious view of land ownership, particularly arable and pastoral lands, as it relates to our future prosperity. More importantly, the rush to trade lumber, minerals, cereal crops and other globalized commodities has pressured this precious land base in an exhaustive manner that is not regenerative. Not only do we need protected rights on land ownership and clarity on access but we also must have a deep appreciation for an ecologically depreciating land base. 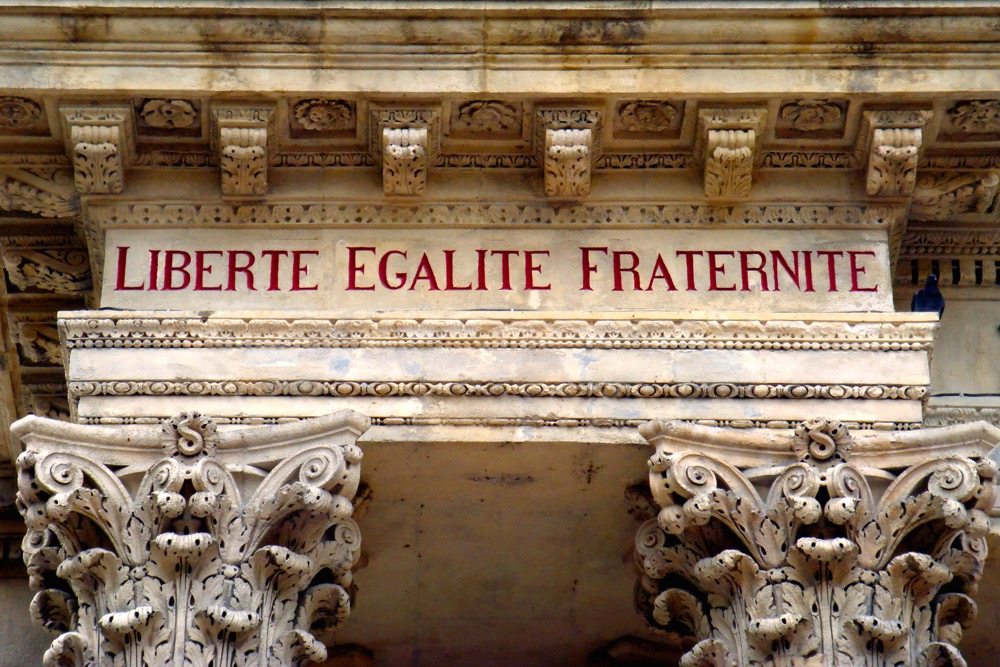