Author of the article:
Geoffrey Morgan

Canada’s three largest pipeline companies have forced the country’s pipeline industry group to close by the end of the year.

The Canadian Energy Pipeline Association, founded in 1993, informed its remaining members Wednesday that it would cease operations at the end of the December, ending a 28-year run. The decision to close up shop came after Canada’s three largest pipeline companies left the organization.

TC Energy Corp. and Pembina Pipeline Corp. informed CEPA they would not renew their membership in the industry group beyond this year, while North America’s largest pipeline company Enbridge Inc. left the organization in 2019.

“From a realistic point of view, the loss of those companies and the uncertainty going forward, meant that we needed to not muddle along but bring this to an end,” Bloomer said.

There were also questions about the long-term commitment of the remaining members. Brookfield Infrastructure Partners recently won a proxy contest to acquire Inter Pipeline Ltd, another member. The federal government has also signalled its intention to sell Trans Mountain Corp., which is building the Trans Mountain pipeline expansion between Alberta and Burnaby, British Columbia.

“I think it was a combination of things. The world is changing. The industry is changing,” Bloomer said, noting that CEPA’s outgoing members are investing more heavily in power generation, carbon capture and storage and hydrogen projects.

Enbridge began shipping oil through the Line 3 replacement project on Friday. Trans Mountain is scheduled to wrap up construction of the TMX project in 2022. TC Energy is also in the middle of buildings its Coastal GasLink pipeline to connect British Columbia gas fields with the LNG Canada project.

Notably, both Enbridge and TC Energy continue to hold memberships in the Association of Oil Pipelines, an American industry group based in Washington, D.C.

“We continuously review our participation in these organizations and after a careful thoughtful review, decided to not renew our membership in the Canadian Energy Pipeline Association (CEPA). Our membership with the Association of Oil Pipe Lines (AOPL) continues,” TC Energy said in an emailed statement confirming its departure.

Pembina did not respond to a request for comment.

“Enbridge withdrew its membership from CEPA in Sept. 2019. The decision came after careful consideration and several months of evaluating our membership and the value received,” Enbridge spokesperson Tracy Larsson said in an emailed statement.

Asked who will advocate for new pipeline projects or on pipeline issues in the future, CEPA’s Bloomer said pipeline companies may collaborate on specific items in the future.

“Frankly, I don’t know,” he said, adding that work is underway to ensure that CEPA’s reports on pipeline safety are preserved for the future. 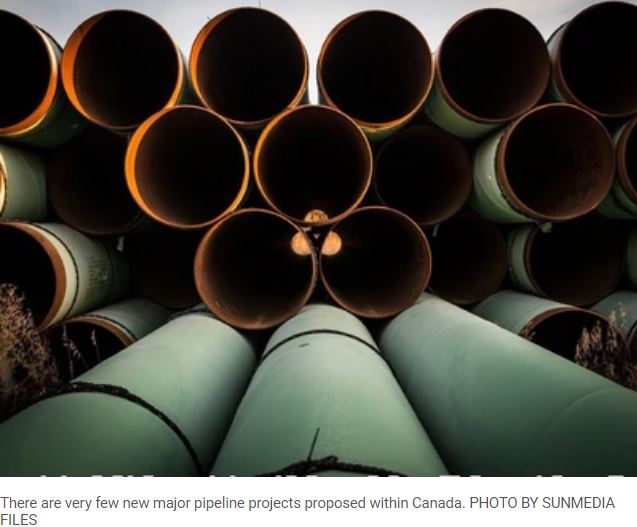