Some anti pipeline First Nations activists are looking to exploit the Covid-19 crisis to stop pipeline construction, seeking to scapegoat "transient" construction workers as a threat to corridor communities.

OTTAWA — Construction of the Trans Mountain pipeline has continued despite concerns over workers contracting and spreading COVID-19, the Crown corporation building the $12.6-billion project said Monday.

Ian Anderson, the chief executive of publicly-owned Trans Mountain Corp., said the company is “continuously assessing this unprecedented situation” around COVID-19, as public-facing businesses across the country shut down in an effort to stem the spread of the virus. Some First Nations have called on Ottawa in recent days to shut down various major projects, including the construction of the Coastal GasLink natural gas pipeline in northern B.C. and the Site C hydro dam.

Reporters asked Prime Minister Justin Trudeau whether construction of the Trans Mountain expansion would continue, given fears among First Nations that transient workers could spread the virus to their communities.

“There are several decisions being made across the country regarding who is an essential worker, who is not and what work can continue during this time and who should not,” he said, adding he’d aim to clarify the situation Tuesday around Trans Mountain, which the government bought for $4.4 billion in 2018

Anderson said in a statement that the company “will do everything in our power to not put workers, communities and Indigenous peoples at any COVID-19 risk.”

Designating which industries fall under essential services is a provincial responsibility, rather than a federal one.

Oil and gas workers in both British Columbia and Alberta fall under the “essential services” category, and so have remained on the job. However, in B.C. it is unclear whether those essential services extend to workers building new pipeline infrastructure, rather than existing plants and leases that feed daily demand.

Some Indigenous communities are calling for a sharp halt to construction on major projects as COVID-19 cases in Canada continue to rise. In a letter to Trudeau on Monday, the Union of B.C. Indian Chiefs called on Ottawa to “act swiftly” and shut down all construction of the Coastal GasLink project, which would feed gas into the $40-billion LNG Canada facility on the West CoastThere are several decisions being made across the country regarding who is an essential worker

“The risks posed by continued work on the Coastal GasLink project are ones that were not consented to, and ones that leaders and officials raised warnings about in advance of the project’s approval,” the group said.

A list of essential services issued by B.C. included infrastructure that is “critical in supporting daily essential electricity needs” as well as oil and natural gas production.

Transportation and transit were also included as essential construction projects. 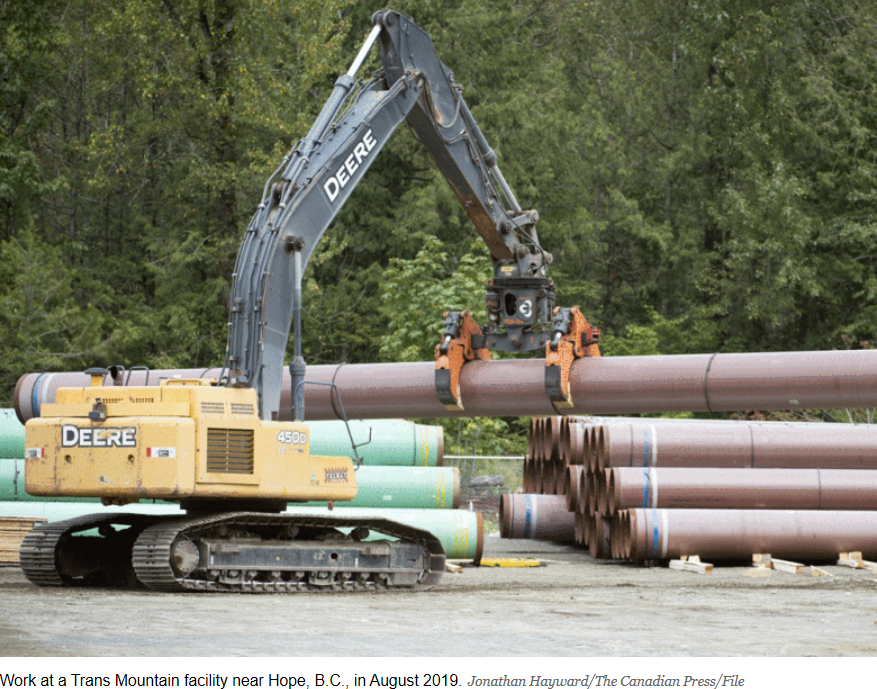