A Citizens’ Inquiry into Manitoba Hydro has begun at the Manitoba Legislature.

Manitoba Hydro has been plagued with decision making over the last 15 years that has resulted in higher hydro rates, a $25 billion debt, a massive excess in supply of power generation with no market to sell the power to.

"We need to understand how Hydro was allowed to get into the terrible financial situation we have today,’’ said Steven Fletcher, MLA for Assiniboia. ‘’We need to prevent Manitoba Hydro and its political masters from continuing to make bad decisions that will result in financial Armageddon for the Crown corporation and the province.’’

There are questions about Bipole lll, Keeyask, Manitoba Minnesota Transmission Line, Wuskwatim, and a new Crown Corporation to be funded by Manitoba Hydro that must be answered.

"There needs to be accountability for the decisions that have been made in the past. There needs to be a pathway to minimize the hardship that Manitobans will face, due to past and current dubious decisions,’’ said Fletcher. ‘’Decision-makers need to engage Manitobans to ensure mistakes of the past are not repeated. There must be accountability and transparency regarding these past decisions. The only way to do this is through an inquiry.’’

A group of distinguished Manitobans, comprised of professional engineers, accountants, former Hydro executives, former regulatory board members, ratepayers, landowners, economists, have all agreed to work together to put Manitoba Hydro under the microscope. This effort is being led by Steven Fletcher MLA, with the support of Manitoba Forward, and many others.

The expectation of Manitobans in the last election was that an inquiry would be held into Manitoba Hydro. The government has refused to do so. It is hoped that by conducting a Citizens’ Inquiry, the provincial government can be encouraged to follow through with its promise to have an inquiry.

The first set of presentations by panelists and witnesses occurred February 21st, accounts can be found on Hon Steven Fletcher’s Facebook page. 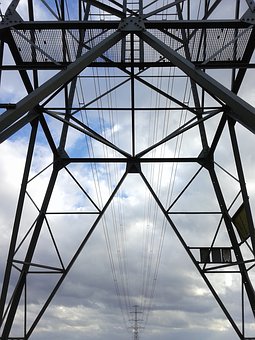