The world is upside down right now.

Our farm recently sold its 2006 Bobcat skidsteer for a little more than 100 per cent of its original cost.

It was well maintained at 2,000 hours, and there’s nothing all that mysterious about people making a deal and everyone getting what they want.

Still, the whole transaction seemed a bit surreal—selling for more than what we bought it for, 15 years later?  I’ve never done that with farm equipment before.

Maybe it’s not that strange, but the issue that kept coming up was how there wasn’t much supply out there. It was hard to get a good unit with all the attachments, so the prices are high and it’s a good time to sell.

But it’s not just skidsteers; it’s other farm equipment and a lot of other things. The local fast-food joints can’t get the right bags for takeout. The car dealership lots are half empty. Manufacturers can’t get computer chips for their devices. Publishers can’t get books reprinted.

A new window I ordered for the main floor of our house was three months late for the last possible estimated install date because of manufacturing delays.

From the U.S., we hear of ships lined up at ports waiting to unload due to inadequate transportation to haul goods away.

The price of goods, like gas, fertilizer and food also continue to rise and  are getting higher still.

As the virus panic wears on and the effect of the government’s response continues rippling through the economy, it’s hard to escape a strong intuition that a lot of things just aren’t working well. There seems to be a general atmosphere of dysfunction.

“Government could introduce price controls and other regulations that could lead to de facto farm collectivization.”

We still live in one of the richest countries in the world, but right now, it’s starting to feel a little bit...‘Soviet,’ for lack of a better term.

In March 2020, politicians and their bureaucratic accomplices believed they could simply shut down the economy. Overcome the virus with the sheer weight of government power, easily reboot everything and print a few hundred billion dollars to cover the bills. No problem, right?

People talk about supply chain disruptions, but I don’t think we often appreciate what that means. The modern world’s global web of production is inconceivably complex. A disruption in one place can create chaos in distant economies. But normally, markets will respond to correct problems.

We’re starting to see what happens when there are unprecedented disruptions across the entire globe. We have not seen interruptions in commerce and trade on this scale in many generations.

Then, there’s the inflation. The Bank of Canada created hundreds of billions in new dollars to buy Ottawa’s massive COVID spending debt. Consumer prices are starting to show the effects of this as the diluted money supply lowers everyone’s purchasing power, especially at the grocery store.

But it’s worse for some. For landowners, modern agriculture is capital-intensive. When the government inflates the money supply, money tends to flow into capital goods industries and push up their prices. This significantly increases costs for farmers, who will tend to pile up more debt.

While prices of the commodities they’re selling might rise as well, most people outside the financial and political sectors don’t come out ahead, as their costs rise before their incomes.

Landowners will be subject to inflationary pressures and rising debt. Even more extreme scenarios are possible. If food prices spiral completely out of control, the government could introduce price controls and other regulations that could lead to de facto farm collectivization.

Such an escalation of economic controls would create turmoil, something that should be unthinkable. Yet after the last two years, it’s as if nothing is off the table when it comes to an “emergency.” It feels like we’re in a very tenuous moment in history where things can quickly get much worse.

What we’re seeing is what the economist Ludwig von Mises called “planned chaos.” Contrary to the fantasies of politicians and bureaucrats, central economic planning—in this case, to fight a virus—creates disorder and confusion instead of harmony and efficiency.

The arrogance of the central planners is astonishing. They act as if they expect us to think they’re infallible. Yet all around us we can see their failures.

Where is this going? I think we are just starting to see the fallout from this planned chaos.

Reality always reasserts itself. The clown can only sit on the throne for so long. The upside-down world will be turned upright.

Unfortunately, all intervention creates problems that the government responds to with more interventions. Despite already being the biggest political failure in a century, the government will keep doubling down on failed policies for a long time before order returns.

Clayton Reeder is a mergers and acquisition advisor in Calgary. He works with many clients in the oil and gas sector and owns farmland in central Alberta. He loves oil and agriculture. 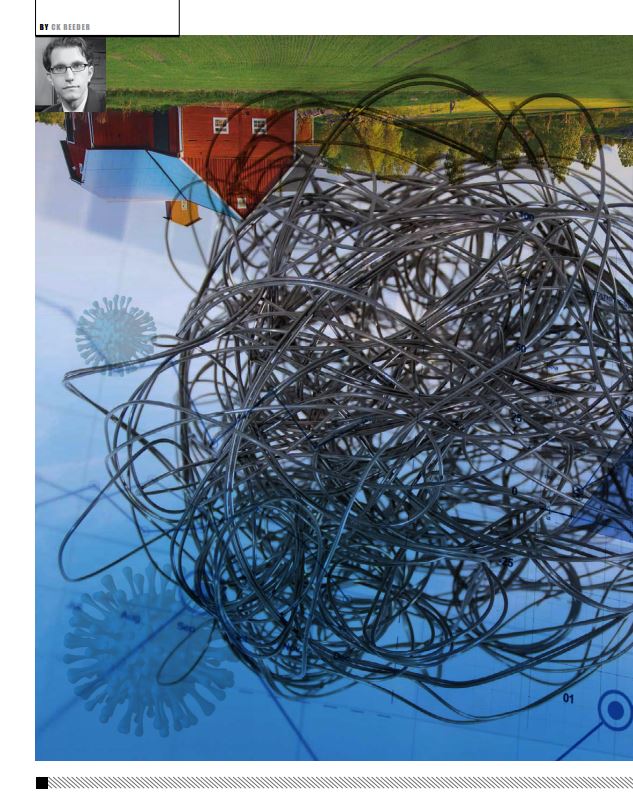 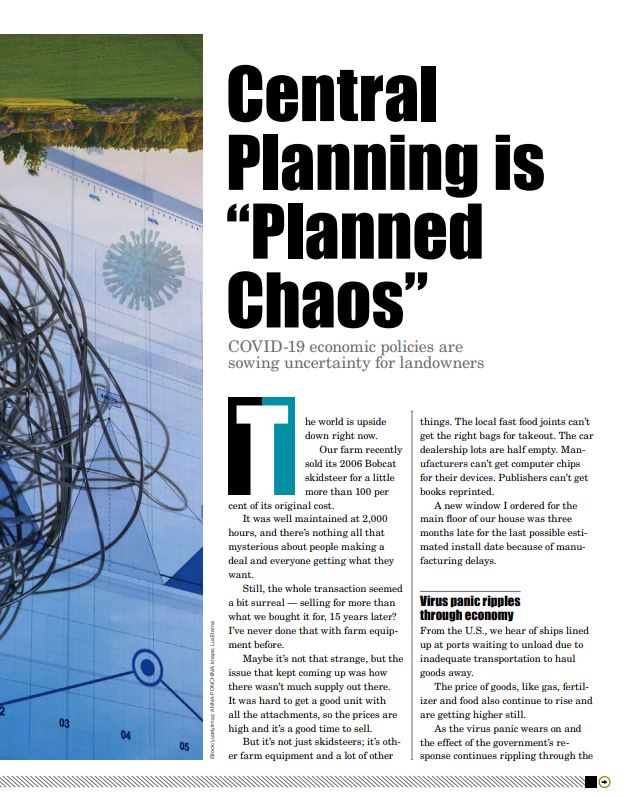 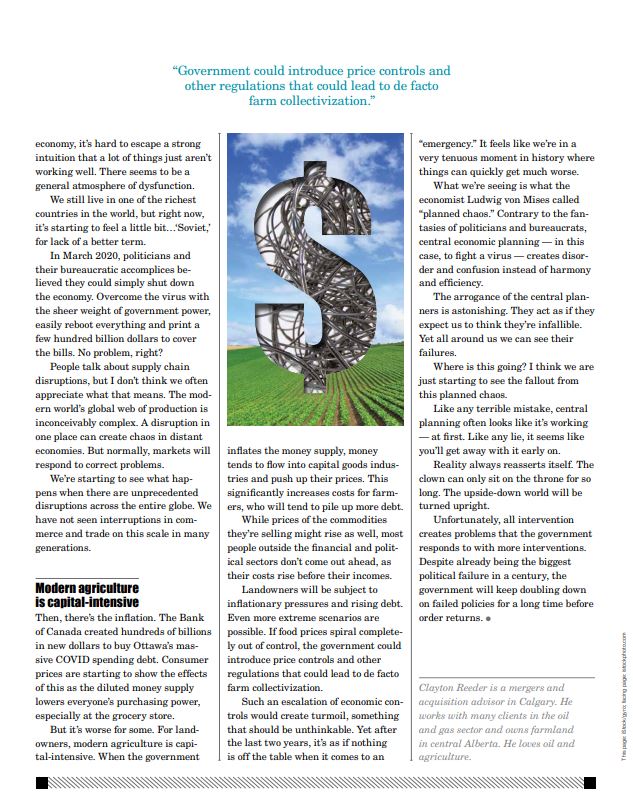