The Carbon Tax is a very effective way to suppress energy development, including pipelines.

Rail bottlenecks are an unintended consequence of fewer pipelines that winds up hurting farmers.

But Carbon Taxation is a direct consequence that hurts farmers on the bottom line.

The carbon tax is expected to cost Canadian farmers $235 million in the next five years, according to the Parliamentary Budget Office (PBO).

The PBO estimates farmers will be charged $9 million in carbon taxes this year. By 2022, the number is expected to increase to around $60 million annually.

The statistics were created on the request of Conservative MP Philip Lawrence. Lawrence recently proposed a bill which would exempt farmers from the carbon tax on propane and natural gas.

“Many farmers have sent my office their bills,” Lawrence told the Commons.

“These are exorbitant bills, particularly during last year’s harvest when the grain was wet and they had to spend extra time and money drying it. I have numerous invoices that show that the carbon tax was $10,000 to $20,000. To add insult to injury, the government decided to charge HST on the carbon tax. Come on.”

Farmers groups have accused the Liberal government of downplaying the cost of the carbon tax to farmers. While Agriculture Minister Marie-Claude Bibeau claimed carbon tax was not a significant cost, commercial farmers have received bills in excess of $2,000 per month.

The Western Wheat Growers Association have reported that the carbon tax is often over 30% of farmer’s total drying costs, with the tax adding $2000-8000 to their drying bills.

“Just put this in perspective. A five thousand acre grain farm in Saskatchewan, it will take about $8,000 to $10,000 on their bottom line to pay this bill,” said Grain Growers of Canada Vice-Chair Shane Stokke.

“This is a punishing cost at a time when we can’t afford it.” 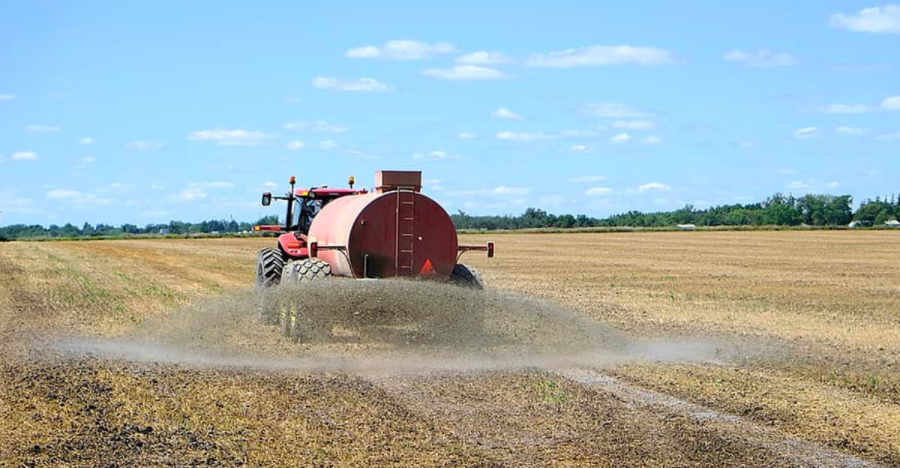