Meat and grain supply chains are being held up by the rail blockades across Canada and storage capacity is becoming a big problem. Propane and feed transportation is also being disrupted, which paired with lost sales is costing producers millions.

According to the Financial Post, shipments of grain to Canadian ports are down by 1.2 million tonnes. The worst of the losses have occurred this month after blockades were started in opposition to the Coastal GasLink pipeline construction in northern BC.

Mark Hemmes, the president of Quorum Corp. noted that in the past month, grain deliveries to ships have dropped by around 560,000 tonnes as they are unable to reach their destination due to the barriers.

“At some point in time, we might make this up but it’ll be way into the summer before we do,” Hemmes said. “Everybody in this business right now, they’ve had their confidence shattered and the impact of that stretches well beyond our borders. We’re going to have to work hard to win back the confidence of our buyers.”

The Western Grain Elevator Association has estimated that demurrage costs, contract penalties and capacity losses have contributed to approximately $63 million per week.

In Vancouver and Prince Rupert alone, there are 52 ships waiting to be loaded. As some blockades were removed on Tuesday, some grain was able to be transported to the ports. According to Mary Robinson, the president of the Canadian Federation of Agriculture, the ships waiting at the ports charge fees for every day that they have to wait which adds even more pressure to the situation.

On Tuesday at an annual meeting for the association in Ottawa, Robinson said, “These extra costs will not be paid by ports or rail companies. They come directly out of farmers’ pockets at a cash-pressed time when we need to prepare and invest for the coming crop year.”

“If the grain elevators run out of room and they can’t deliver it, the farmers can’t get paid,” he said. “That’s what’s so frustrating about this. There has to be a balance between empty and loaded cars moving through the country and that is not happening now.”

Gary Stordy, the director of government and corporate affairs for the Canadian pork council noted that pork producers are suffering as well. He said that with trucks being the only available mode of transportation, storage room is running low. He added that transporting pork with trucks costs approximately three times as much as by rail.

“The trucking companies are overwhelmed too, and it’s slowing everything,” said Stordy. “Everybody’s getting really concerned. This is getting more and more difficult.”

These issues have come about just as Beijing put an end to a suspension on Canadian meat that has lasted for four months. Demand is expected to increase for the market.

“All of this is happening at an unexpected additional cost for farmers and it’s starting to get serious,” noted Stordy. 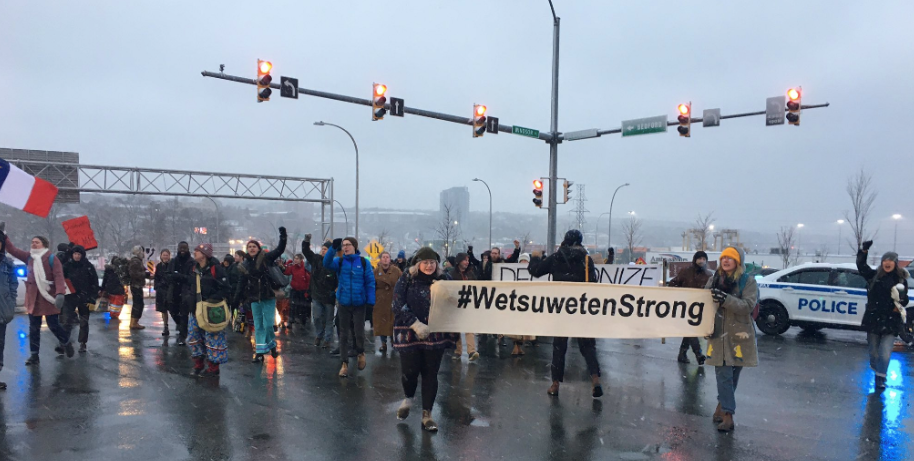