The missing link in real-world social license for pipelines

“Each day, InFocus monitors—armed only with a camera and a keyboard—travel up and down the L3RP right of way, observing and recording the execution of every phase of construction.”

Enlightened companies seeking to deliver vital energy products to market are increasingly working to address the legitimate concerns of landowners and other stakeholders.

Astute leaders and the corporations they represent realize that no matter how necessary these products are for the general welfare and growth of our society, they cannot be produced and transported unless those who are affected most by these activities are on board.

You may have heard this process of generating broad social acceptance through securing the ongoing approval of impacted stakeholders referred to as “social license.” Plainly stated, if the people who are most affected by an enterprise consider it safe and equitable, the remainder of the population will likely adopt the same view.

So how can key stakeholders be confident that petrochemicals are being produced and transported safely and ethically?

CAEPLA has entered into a 125-page agreement with Enbridge that is tied directly to the construction of the Line 3 Replacement Project, or L3RP. This contract is aimed at developing mutual trust and respect. The agreement outlines the most stringent obligations for careful soil handling and bio-security ever seen in the industry. The National Energy Board has made this agreement one of the conditions for regulatory approval of the project.

At the core of the agreement—ensuring that these promises are kept—is a commitment between the parties to engage a group of independent third-party monitors. Enbridge and CAEPLA have agreed to contract with InFocus Management Consulting for this task.

InFocus provides a team with expertise in the disciplines of pipeline construction practices and inspection, soil management and environmental conservation, farming methods and landowner relations. The monitors work alongside engineering and construction team leaders, construction contractors and inspectors, environmental inspectors and, importantly, landowners, to ensure that everybody faithfully complies with the agreement.

Demonstrating commitment to the agreement, CAEPLA and Enbridge have decided to extend InFocus monitoring services to all privately held lands. This makes InFocus monitors the backstop protectors of all non-government-owned lands, regardless of the affiliations of respective landowners.

This shows commitment by both Enbridge and CAEPLA to build trust with all stakeholders—the necessary precursor to a real-world social license.

Each day, InFocus monitors—armed only with a camera and a keyboard—travel up and down the L3RP right of way, observing and recording the execution of every phase of construction.

Monitors ensure that survey and line-locate teams practice bio-security protocols for washing and bleaching equipment and boots. They assure that work crews adhere to the agreed points of access and that they park trailers and equipment in places that don’t trespass or cause safety hazards or inconvenience to area farmers. Monitors ensure the same for fencing teams, which cordon cattle from unsafe hazards along the right of way, and hydrovac crews which expose crossing and proximate pipelines to prevent the possibility of striking any buried infrastructure.

InFocus Monitors take special care to ensure that topsoils are stripped to the exact depths determined by prior soil horizon sampling. They make sure that these soils are stored separately and safely in order to eliminate admixing, minimize wind and water erosion and prevent the spread of weeds. Additionally, the monitors oversee the replacement of these soils at depths and levels of compaction that match the conditions before the ground was disturbed.

Among the many ways InFocus Monitors have proven their value to L3RP have been the remarkably few citations by NEB auditors during numerous rigorous examinations. Enbridge has quickly remedied the handful of very minor irregularities—such as missing documentation regarding washing a vehicle (though the equipment had, in fact, been washed according to specifications).

Simply put, Enbridge inspectors and InFocus Monitors have spotted and fixed all potential problems before they became non-compliance issues.

Should the observations of InFocus Monitors ever go unheeded by Enbridge inspectors or construction managers, a process is in place for a joint committee of Enbridge and CAEPLA representatives to work it out. To date, with pipe laid in 3.25 of nine spreads, no issues of non-compliance have arisen.

This record of accountability goes a long way toward establishing trust among the most important stakeholders—those who live on and make their living every day from the land through which the project passes. 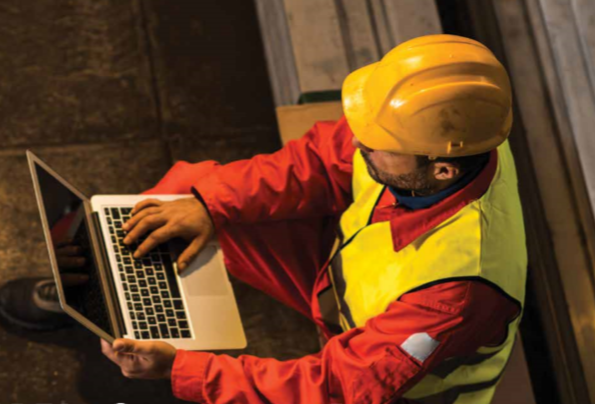 Infocus Monitors are playing a key role in serving not only CAEPLA members, but all affected landowners, responsible pipeline companies like Enbridge, government regulators and the public at large. Their meticulous, independent confirmation of proper safety, bio-security and soil-handling practices build confidence among all stakeholders that pipelines can be built safely and with respect for all lands and stakeholders.