CAEPLA is reaching out to pro development, pro property rights Indigenous Canadians, such as those who are members of the National Coalition of Chiefs.

Kinder Morgan's Trans Mountain pipeline has been vehemently opposed by many First Nations groups, but voices on the other side of the divide emerged Wednesday to launch a strong defence of the oilpatch.

Chief Jim Boucher told the Assembly of First Nations' gathering in Gatineau, Que,. that his community has seen a financial windfall from its involvement in oil and gas extraction, and that environmentalists should be ignored because they are to blame for widespread poverty in Canada's north.

His community of Fort McKay, north of Fort McMurray, the epicentre of the oilsands, has an unemployment rate of zero, an average annual income of $120,000, and financial holdings in excess of $2 billion, thanks to its willingness to do business with Canada's oil and gas companies, Boucher said.

That money has been pumped into education, long-term care homes for seniors and other infrastructure projects.

"When it comes to pipelines and oilsands development, it's clear from our perspective that we need to do more," he said, during an open session on energy policy at the special assembly. "We're pro-oilsands; if it weren't for the oil my people would be in poverty right now."

The chief said his community is truly self-governing — only four per cent of its revenue comes from the federal government — and other First Nations can follow the same path to prosperity if they take a stake in the development of natural resources on their land.

Boucher said he wasn't always a strong supporter of the oilsands, but had a change of heart after the fur trade became unviable in the 1980s.

"Please don't buy into the environmentalist argument," he said to his fellow chiefs. He noted it was environmentalists and animal rights activists who lobbied the European Union to ban fur imports.

"They're the ones who, at the end of the day, were successful in creating poverty in northern Canada, right across the board. That's why we see all the communities impoverished."

He said ending oilsands development would be devastating and would put his people back on social assistance, "where we really don't want to be," adding he thinks some environmentalist groups have co-opted First Nations communities as part of their fight to put the fossil fuel industry out of business.

Dean Manywounds, vice-chair of the Indian Resource Council, a group formed by chiefs from oil and gas producing First Nations, said chiefs want their communities to be economically self-sustaining, as they were prior to contact with European peoples.

"The resources are all around us, and we do have to participate," he said. "We have to find a way to build a successful future for our people and our kids."

Chiefs supportive of Trans Mountain have avoided the media this week at the special assembly.

National Chief Perry Bellegarde has said these chiefs are afraid to speak for fear of being "stigmatized."

"There's a stigma now attached to supporting economic development. There's a stigma that somehow you're not a First Nations person, if you support a pipeline," he told CBC News before the assembly's start.

Quebec Chief Serge Simon, a Mohawk from Oka, was up on stage after Boucher and Manywounds to make the case for keeping oil in the ground, adding it could contaminate water supplies.

Serge Simon, grand chief of Kanesatake, holds up a signed treaty on Sept. 22 in Montreal. Canadian First Nations and U.S. tribal communities have signed a treaty to fight the development and distribution of oilsands crude from Alberta. (Paul Chiasson/Canadian Press)

He is vehemently opposed to pipeline development and has formed an alliance with other chiefs across the country —they've dubbed themselves the "Treaty Alliance" — to actively subvert pipeline construction, and to push for cleaner energy supplies.

"I'll tell you eventually Chief Boucher and his people are going to need friends when this finally crashes," he said. "We would welcome them with open arms in Mohawk territory, if they want to invest in the East and diversify their investments."

Despite the opposing views, Simon said he is not looking to deepen divisions amongst First Nations peoples, adding he agrees more often with the likes of Boucher than he disagrees.

"I'm not going to let the industry divide Chief Boucher and myself. I just don't agree with expansion of the tarsands. They're already using the existing infrastructure, and more pipelines will simply mean an expansion." 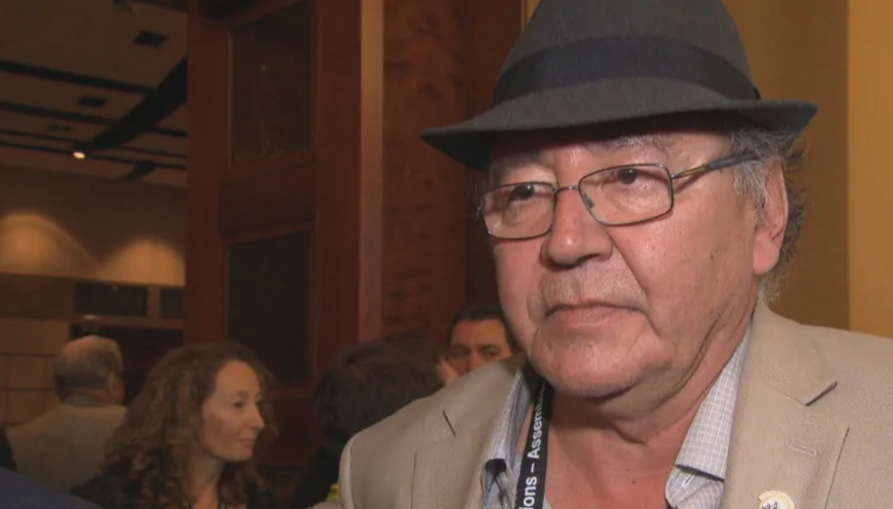