S229 makes it easier for whomever is digging to protect themselves from the perils of damaging buried utilities by ensuring all underground infrastructure is registered with a Notification Centre.

Last May, the Senate adopted the Underground Infrastructure Safety Enhancement Act (S229). The Act then moved quickly to the House of Commons and was supported by Guelph Liberal MP Lloyd Longfield.

But no sooner had it arrived than it was challenged as a “money bill,” meaning it involves an appropriation of public revenue or a new charge on the public revenue.

Longfield’s response to the challenge was thorough, with supporting arguments dating back to the 1800s, and at the end of the spring 2017 session of Parliament the Speaker of the House, Geoff Regan, was left to determine S229’s fate.

Once Parliament resumed following the summer break, damage-prevention supporters across Canada waited to learn the Speaker’s decision. Finally, on Oct. 31—Halloween—the Speaker determined S229 was not a money bill and could continue along the usual legislative process. It was a good day—but it also meant that it was “game on.”

At a time when the public expects simplicity, speed and effectiveness, S229 makes it easier for whomever is digging to protect themselves, their family, friends and their community from the perils of damaging buried utilities by ensuring all underground infrastructure is registered with a Notification Centre.

That way, when a locate request is made, those doing the excavating can proceed with the knowledge that they have done everything reasonable to protect what lies beneath the surface.

You have a voice, and the Canadian Common Ground Alliance (CCGA) wants to help connect you with your Member of Parliament to express your support.

In the coming days, the microsite icandigsafe.ca, dedicated to Bill S229, will be available to the public. From that site, you can select a pre-written letter of support to send to your Member of Parliament underlining the imperative need for S229.

I also encourage you to follow @CanadianCGA on Twitter and retweet S229 posts using the #SupportS229 hashtag. Get your family and your friends to do the same. We will only have one shot at this.

Your voice and your support matters, and it will help move S229 forward. 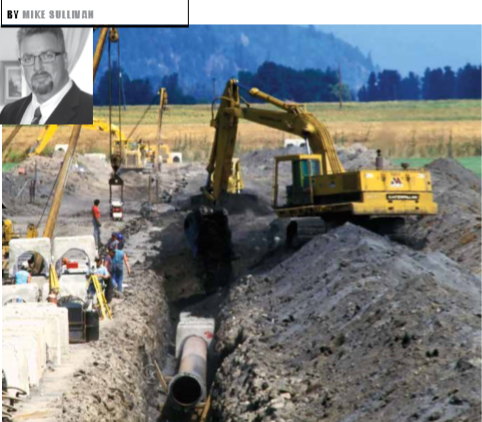 Mike Sullivan is the president of Alberta One-Call Corp. and executive director of the CCGA since 2010.