The world’s biggest publicly-traded provider of property and casualty insurance, Chubb, has become the 16th insurer to declare that it won’t back the controversial Trans Mountain pipeline, a coalition of climate and Indigenous campaigners announced yesterday.

The flurry of social media activity was triggered by a single tweet from Financial Times insurance correspondent Ian Smith, with no elaborating news story as The Energy Mix went to virtual press Tuesday evening. “Chubb does not provide insurance coverage for any tar sands projects,” a spokesperson told Smith, following a protest at the U.S. Open tennis tournament earlier this month.

That was apparently enough pressure for Chubb, which became the first U.S. insurer to withdraw investment and risk coverage from coal projects in 2019. That action made the company a leader at the time, Insure Our Future said, “but the company has not made any additional climate commitments since then. In recent months, it has been under increasing pressure for its involvement with the tar sands industry.”

2019 was also the year when Chubb increased its coverage limits for Trans Mountain, the coalition added. The company wasn’t saying what led to the reversal. But apart from the U.S. Open event and the letters from politicians, industry analysts say there’s ample good reason for insurers to think twice about backing Trans Mountain.

“A 68-year-old pipeline is a huge insurance risk,” and “it’s only getting older every year,” Robyn Allan, an independent economist and former president and CEO of the Insurance Corporation of British Columbia, told The Mix earlier this year. “You’ve got this situation where Trans Mountain is showing that they’re a huge safety risk, and any insurer would be worried about that.”

“So many companies now are looking at their investments, and they want to divest themselves of companies which are supporting companies that aren’t helping the climate,” added Angus Ross, a mostly retired reinsurance executive and former member of the National Round Table on the Environment and the Economy. “Trans Mountain will not be helping the climate. So if a public company decides to issue insurance policies on pipelines, funds which are really ESG-conscious are not going to have money invested in those companies.”

Campaigners emphasized those impacts in yesterday’s Insure Our Future release.

“By dropping Trans Mountain, Chubb has started to walk the talk around the climate crisis,” said Charlene Aleck, spokesperson for the Tsleil-Waututh Nation Sacred Trust Initiative. “The Trans Mountain pipeline and expansion is a fuse to the carbon time bomb known as the Alberta oil sands that violates Tsleil-Waututh Nation’s inherent and constitutionally protected rights.”

“This is a huge announcement by the world’s largest publicly traded property and casualty insurer,” said Grand Chief Stewart Phillip, president of the Union of B.C. Indian Chiefs. “Another major insurer fleeing the tar sands is further confirmation that we cannot afford expansion of this risky and carbon-intensive sector.”

“This is a major victory for Indigenous resistance and the climate. The Trans Mountain pipeline expansion would add as much greenhouse gas pollution per year as 33 coal plants. Now, Trudeau needs to stop supporting this risky project, and end all fossil fuel subsidies,” said Oil Change International research analyst Kyle Gracey. 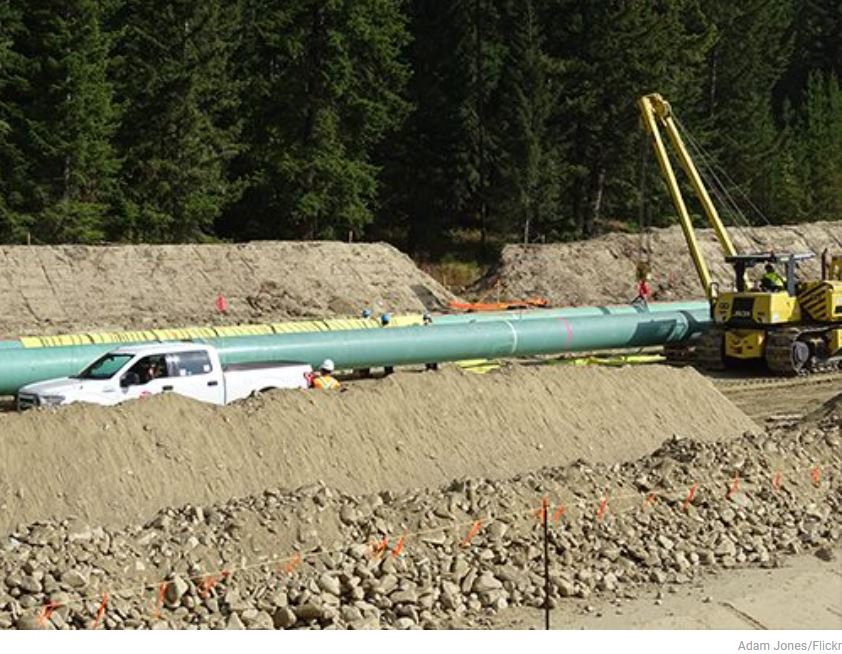