Like a lot of major cities in the United States, Philadelphia is in pretty rough financial condition.

One of the city’s biggest problems is its woefully underfunded public pension, which has a multi-billion dollar funding gap.

In 2001, Philadelphia’s pension fund was still in decent shape with a funding level of 77%, meaning that it had sufficient assets to meet 77% of its long-term obligations.

Part of this is just blatant mismanagement; while most of the market soared in 2016, for example, Philadelphia’s pension fund lost about $150 million on its investments, roughly 3.17% of its capital.

It’s interesting that, along the way, the city has actually tried to fix the problem. Between 2001 and 2017, the amount of money that the city contributed to the pension fund actually increased by 230%.

Yet despite increasing contributions to the fund, the fund’s solvency level keeps shrinking.

The City’s annual pension contribution has grown by over 230 percent since fiscal year 2001. . . These increasing pension costs have caused us to cut important public services while the pension fund’s health has grown weaker. In fact, our pension fund has actually dropped from 77 percent funded to less than 50 percent funded during the same time our contributions were so rapidly increasing.

So, desperate for revenue, the local government has been relying on an old tactic to get their hands on every spare penny they can.

And over the last few years, PGW developed an automated system to comb its billing records, find delinquent accounts, and file a lien on those properties.

If you’re not familiar with real estate law, a ‘lien’ is a formally-registered security interest in which your property serves as collateral for a debt.

When you borrow money from the bank to buy a home, for example, the bank registers a lien over your home for the value of the mortgage.

The lien prevents you from selling the home until you satisfy the debt. It also means that if you don’t pay the debt, the lienholder (the bank, or the gas company) can seize the property.

In PGW’s case, the gas company is filing liens over people’s properties due to unpaid gas bills for as little as $300.

There is essentially zero due process here. It’s not like the gas company has to go in front a jury and prove that there’s an unsatisfied debt.

They just have their automated system file some papers, and, poof, the lien is registered.

So someone could have their home encumbered for a $300 late bill that ended up being an administrative error.

More importantly, it’s curious why the gas company is filing a lien against the property… because it’s entirely possible that the delinquent customer isn’t even the property owner.

Let’s say you’re a landlord and renting out your investment property to a tenant… and the tenant doesn’t pay his gas bill: PGW will put a lien on your property, even though it’s not your bill.

Even worse, you wouldn’t even know about it, because PGW would be sending the late notices to the tenant… not to you.

At that point it turns into a total bureaucratic nightmare.

If you’re lucky enough to even find out about it, you call PGW to try and get the lien removed.

But (according to court documents), PGW tells angry landlords that they have no control over the lien process, and tell people to file a complaint with the Pennsylvania Public Utility Commission.

But then the Pennsylvania Public Utility Commission tells you that they have no jurisdiction over liens in Philadelphia, and that you should talk to the utility company.

Classic government bureaucracy. You just get bounced around between various departments and nothing ever gets resolved from a problem that you didn’t even create.

Well, a bunch of landlords finally had enough of this nonsense, so they got together and sued the city in federal court.

It seemed like a slam dunk case. Why should property owners be held liable for the actions of their tenants?

If tenants don’t pay for their own gas, the tenants should be held responsible… not the property owners.

Wrong. The landlords lost the case.

Two weeks ago the US District Court for the Eastern District of Pennsylvania ruled that the City of Philadelphia was well within its rights to hold property owners responsible… and to file a lien on the property without even notifying the owner to begin with.

This is a pretty strong reminder of how low governments will sink when they become financially desperate.

Because... If you live, work, bank, invest, own a business, and hold your assets all in just one country, you are putting all of your eggs in one basket.

You’re making a high-stakes bet that everything is going to be ok in that one country — forever.

All it would take is for the economy to tank, a natural disaster to hit, or the political system to go into turmoil and you could lose everything—your money, your assets, and possibly even your freedom. 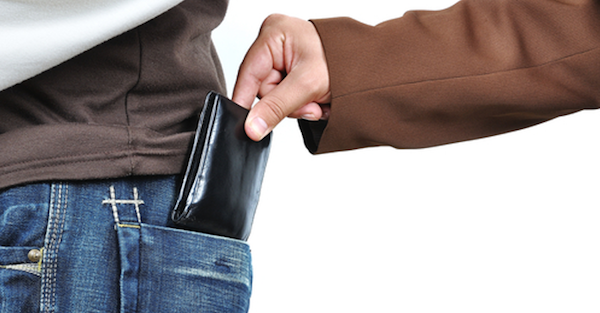