Are Ancient Arrowheads Enough to Kill Property Rights in Canada?

In June 2019, CBC reported that Saskatchewan First Nations leaders wanted construction of a municipal road that was being built across privately owned land stopped. The reason given was that a portion of an obsidian arrowhead had been found on the privately owned land close to the Red Pheasant Reserve. (That reserve became rather well-known recently, as the home of the late Colten Boushie).

Although arrowheads are commonly found in almost all parts of Canada, this partial arrowhead was unusual in that it was obsidian—a stone not found locally. It is possible that the obsidian, which is actually a volcanic glass, came from the Yellowstone area in what are now the states of Wyoming, Idaho and Montana. Yellowstone Park is one giant volcano. The significance of the find to the local Indigenous people is that it might be evidence that tribes from various parts of what is now North America were trading with one another over long distances at least 10,000 years ago.

However, obsidian occurs naturally from Alaska to Mexico and west of the Rocky Mountains, so it might have come from an area closer than Yellowstone. Obsidian arrowheads have also been found in many other parts of North America, so the Saskatchewan find was really not that unusual.

In fact, that is basically what the provincial authorities said when told about the finding of the arrowhead. They had no concerns over continuing construction. The local people were given that information, but insist that construction be halted anyway.

It goes without saying that if construction of a road, or other project, was halted whenever an arrowhead was found there would be no construction possible in this country. We know that Indigenous people have been on this continent for at least 15,000 years, since their ancestors crossed what was then a land bridge from Siberia.

We also know that, at least when Europeans first arrived here in the 15th century, there were at least 200,000 Indigenous people surviving here as hunter-gatherers. We don’t know exactly when bows first came into common use in North America. However, as use of the bow in Africa has been traced back more than 10,000 years, it is reasonable to speculate that some version of the bow and arrow had probably been used by the Siberian ancestors of North American Indigenous people, and some version of the bow was probably brought with them over the land bridge.

What these highly speculative numbers mean is that many millions— and maybe billions—of arrowheads are scattered around North America. In fact, if you take a shovel and look for an arrowhead on a tramp through a valley, forest or plain, you are likely to find one. They are extremely common. Flint and obsidian specimens will be harder to find than other rock varieties, but they show up quite regularly.

Burial sites are also very common. Since most of Canada’s Indigenous tribes were semi-nomadic, the dead were buried where the tribe was hunting or scavenging for food at any particular time. If a family group or tribe was following the caribou, for example, the dead would be buried close to where the death occurred. There were no hearses, funeral homes or cemeteries. This means that bones can be found almost anywhere. If every spot where a human bone or fossil might be found is declared to be a sacred site, and untouchable to farmers and developers, there could not possibly be any commercial use of any territory where semi-nomadic people had hunted—namely, everywhere.

All of this means that we must rely on archeologists and other experts to tell us which finds are significant, and which finds are not. We do not have the expertise to make that determination, and neither do the residents of the Red Pheasant Reserve. In many cases these experts will consult with Indigenous elders, just as experts would consult with knowledgeable local people if the bones of any non-Indigenous people are found in an effort to determine which finds are significant enough to order a halt to construction or development.

The key here is that common sense must prevail. Yes, historically significant finds should be preserved—regardless of whether these are Indigenous artifacts or artifacts identifiable to any other group. We should let trained people decide which finds are significant, and which finds are not so important that they should halt necessary economic activity. When doing so, we should bear in mind that no one ethnic group is more important than any other.

We should also remember that the wealth of this country has been built on the exploitation of its many resources. The prosperity we have achieved has been the result of harvesting not only our grain, but our forests, mines and oil and gas fields as well, and our continued prosperity depends on doing the same thing. Obviously, all of this has to be done in an ecologically sustainable way that also respects the rights of people who use the land that is needed for farming, ranching and mining.

No one group can be allowed to prevent essential economic activity from taking place.

And that is exactly what has been happening in Canada for the last decade, since the Supreme Court’s Haida Nation case gave First Nations the right to be consulted about resource development that is taking place on Crown land that is considered by those First Nations to be its “traditional territories.” That well-intentioned decision has been aggressively exploited by First Nations, with the tax-paid assistance of some of Canada’s best lawyers. The result—when combined with the current federal government’s almost impossible ecological expectations—has been stagnation in the resource industry, and an almost hopelessness in the business community about Canada as a place to do business.

“Tollgating,” or the deliberate holding up of legitimate resource development until one’s price has been met, acts like a punitive tax on development at the same time as it results in uncertainty in the business community. “Smart money” begins to drift south.

The arrowhead incident in Saskatchewan is simply typical of the unreasonable position now taken by so many First Nations leaders and communities. There is a sense of entitlement that verges on arrogance. Communities that are almost completely dependent on the taxes paid by others spurn the very economic activity that supports those same communities.

All of this is extremely damaging to the economy of the country. When combined with the posture of the current Liberal government in Ottawa—which is antithetical to almost all western resource development—it risks the first-world economy bequeathed to us by our “settler” ancestors. Those “settlers” were the ones who created all this wealth. They built this country, and they did so by the careful exploitation of our vast store of natural resources.

And the foundation of all of this was our modern notion of property rights. The right to own property is a right that developed over thousands of years in the West, and it has given us both the certainty and incentive necessary to power our modern western economy. Property rights, protected by the Rule of Law, is vital to our continued well-being. We cannot afford to have notions like “duty to consult” or other notions eat away at these fundamentals.

However, it is deeply worrying that both property rights and the concept of Crown sovereignty on public land are both being eroded by our current federal government and our activist Supreme Court. Because the current federal government and our Supreme Court are focussed on “reconciliation,” Indigenous land claims have been expanding at an alarming rate.

There are today huge claims against private property in British Columbia, as well as massive treaty claims in Ontario (and soon throughout the Prairie provinces and the north) that have the potential to destabilize the economy of the country, and fundamentally alter the very notion of the property rights upon which our economy is built.

The destabilizing effect of highly ambitious Indigenous land claims are greatly exacerbated by the almost impossible ecological requirements now imposed by a highly ideological federal government that uses both strategies in its thinly disguised plan to permanently snuff out Western Canada’s vital oil and gas industry.

All of these developments may have this country heading toward some kind of existential crisis that threatens us with years of constitutional turmoil ahead. If that is the case, and the country will once again be required to negotiate terms upon which everyone can live, I suggest that three things are now abundantly clear:

Arrowheads are interesting reminders of Canada’s past. Now it is time to think of our future. 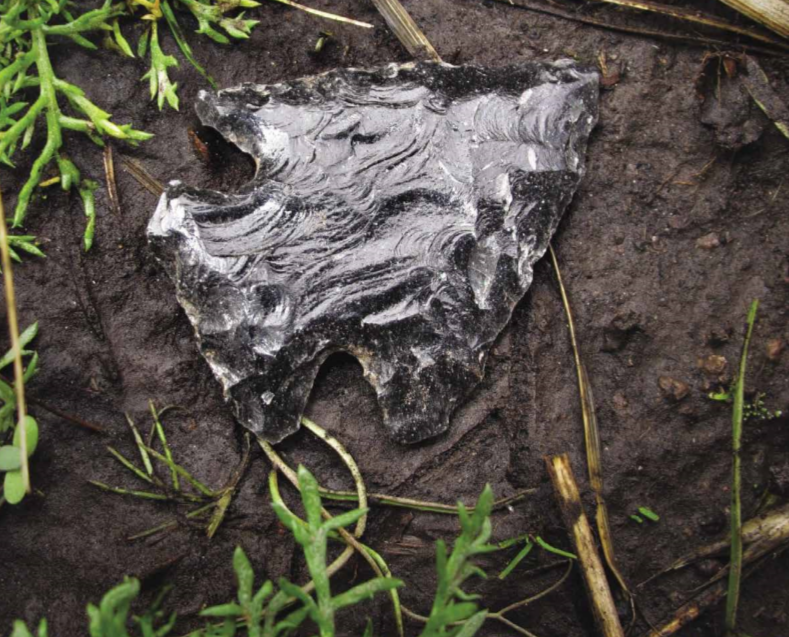 Brian Giesbrecht is a retired judge and a senior fellow with the Frontier Centre for Public Policy.