“In a direct comparison it may seem like Canadians lose. That is, as long as our government continues to value a virtuous image ... above all else.”

In August, U.S. President Donald Trump signed an executive order to increase efficiency in infrastructure projects. This includes energy infrastructure, and it means a shorter time horizon for oil and gas pipeline permitting.

The name of the order is “Establishing Discipline and Accountability in the Environmental Review and Permitting Process for Infrastructure.”

Along with expediting the Dakota Access and Keystone pipelines earlier in the year, it shows the administration’s focus on freeing the energy sector from paralysis caused by endless bureaucracy.

Right now, reviews can stretch on for years, across many different agencies.

Now a “One Federal Decision” policy is enforced. One agency will take the lead, the others will sign a joint record of decision and all required federal permits will be issued 90 days later.

The order sets a two-year goal to process environmental documents for major projects. This shortens the current red tape from waiting times that can take up to a decade.

The usual opposition voices warn about climate change and sea-level rise. They cry about the risk of lowering strict building standards.

Meanwhile, the Executive Order makes clear that environmental protections will be maintained. The message from the Trump administration is that the focus should be “more on decision-making and good environmental outcomes rather than bureaucratic process.”

Canadian producers left in the dust?

While enviro-hysterics bleat about doomsday, how does this tangibly affect Canadians?

On one hand, it is hopeful to have an example that at least pays lip service to unleashing oil and gas development—although in a country that stubbornly prides itself on being anti whatever America is for, even that could be a downside.

American oil producers will benefit from increased shipping capacity. And Trump’s focus on American steel for the lines will direct the gravy into other industries as well.

Meanwhile, we stay stuck in a spider-web of increasing bureaucracy.

So in a direct comparison it may seem like Canadians lose. That is, as long as our government continues to value a virtuous image—along with rent-seeking—above all else.

Rent-seeking strategies are all too common in infrastructure work. Bureaucrats are enabled to interfere with projects, the show of safety and oversight masking the very real economic consequences being imposed. 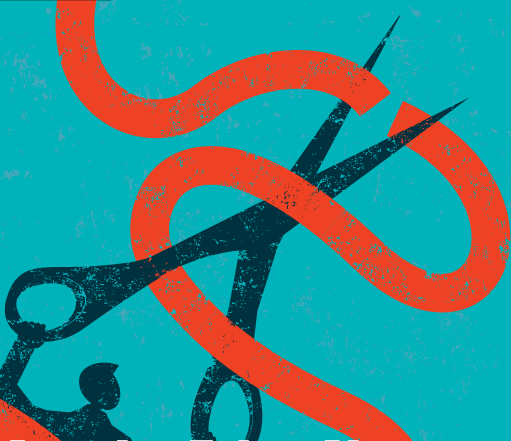