Alberta is being blockaded, something must be done | BOE Report

Column: Alberta is being blockaded, something must be done

The current situation facing Alberta is intolerable and cannot be allowed to stand. Like his father, Justin Trudeau believes in weak provinces and a strong Ottawa. And like his father, he is willing to push the constitution beyond past convention to make Ottawa supreme over the provinces.

No wonder Alberta Proud has convened a conference of experts on January 18th in Calgary to discuss a credible plan for what Alberta can do.

Justin Trudeau has allied with ENGO’s to impose a blockade on Alberta. The effect is to landlock its resources and strangle its revenues. His ultimatum is that Alberta must transition off hydrocarbons and then its beef industry too. However, an underlying goal is a weak Alberta who can’t stand up to Ottawa. After all, the manifest destiny of Laurentian elites in Canada can’t be fulfilled with a strong west standing in the way.

The Constitution is clear that both resources and cattle ranching comes under provincial jurisdiction. It’s just as clear that Canadians have a right to transport goods freely across the country. But you won’t see Trudeau standing up for those parts of the Constitution.

Instead, Trudeau Jr. has invoked federal powers over waterways and pipeline approvals to achieve indirectly what he cannot accomplish directly. In doing so, he has in effect imposed a blockade on Alberta to choke its revenues.

Potentially worse, he is seeking to expand the meaning of the Peace Order and Good Government clause in the Constitution to mandate a national carbon tax scheme that mainly targets Alberta. This tax has different rates for different parts of the country depending on the arbitrary judgment of Ottawa bureaucrats — also known to favour centralized power. Adding insult to injury, the carbon tax also targets resources and agriculture. Affecting less than 10% of the Canadian economy overall, this tax impacts 30% of Alberta’s economy. The Conference Board of Canada found in two separate studies that Ottawa’s environmental tax will cost the economy over $500 per tonne of local emissions reduced. At this incomprehensible cost it is a but an environmental fig leaf for another attack on Alberta.

Imagine if the Supreme Court allows Ottawa to impose a tax that falls arbitrarily and unevenly on some regions over others. Future federal governments, or even this one, will find this an irresistible loophole for buying regional votes. It is far from good government and virtually guaranteed not to encourage peace among the Confederation. If the Supreme Court allows this perversion of the Peace Order and Good Government clause it could very well hasten the end of the Canadian experiment.

The last time this unbridled attack on Alberta happened was with Trudeau Sr. and it was Alberta and Quebec who led the fight back with some success. The Quebec – Alberta coalition ended the National Energy Policy and led to NAFTA, enduring changes both.

The political shifts also gave rise to the Reform Party and the ‘West Wants In’ drive to reform Ottawa from within. In spite of peace, order and mostly good government in the Confederation for more than a generation, it led to no enduring change. The West Wants In was a failure, a worthwhile failure, but nonetheless a failure. Justin Trudeau remounting his father’s anti-Alberta agenda and anti-provincial rights agenda is a testament to that.

The consequences are that national unity is threatened in a way that Canadians have not seen in a quarter of a century. Albertans are ever more frustrated that their own federal government is leading a movement to prevent the sale of Alberta’s responsibly produced resources to a world that wants to buy them. It is a threat to Alberta’s future and its prosperity, and it diminishes Alberta as a contributor to a more prosperous Canada.

If the “West Wants In” approach won’t end the blockade, then will the possible alternative of “the West Wants Out” finally make a difference for Alberta? Something has to give because the current situation is intolerable and the blockade has to end.

Michael Binnion is a CEO with a Canadian energy company. 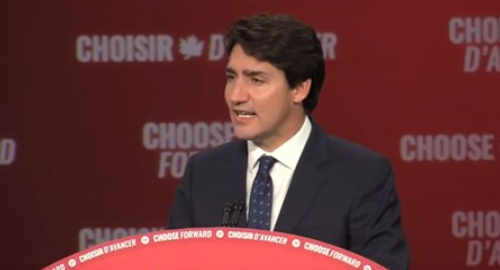