We can think of another linear project Trump and the Alaska governor could help Alberta with. #NorthernGateway2

Alaska's governor has asked U.S. President Donald Trump for permission to extend an Alaska rail line into northern Alberta, according to officials.

Gov. Mike Dunleavy requested a presidential permit to extend the Alberta to Alaska Railroad in a Feb. 13 letter to Trump, the Anchorage Daily News reported Sunday.

Presidential permits are needed for cross-border infrastructure projects and are granted when the projects are determined to be in the national interest.

The rail extension would reduce travel time by at least two days for Canadian and Lower 48 trains with cargo bound for the Far East, according to supporters of the initiative.

Railcars would carry passengers and freight, including bitumen — a semi-solid, tar-like form of crude oil — potash used in fertilizer, and ore from mines.

The Alberta to Alaska Railway Development Corp. plans to fund the $17 billion US project without using state money, according to company officials. The railway development company intends to build 2,736 kilometres of rail to tar-sands oil fields in Alberta, including 322 kilometres within Alaska, extending the rail system at North Pole.

"We see it in the geopolitical interest of both the United States and Canada to have the basic permission for this project to move forward," Dunleavy, a Republican, wrote in his letter to Trump.

The company has spent $35 million US on engineering and other studies and has offered ownership to tribes, Native corporations and First Nations along the route, according to the newspaper, which reports that railcars would carry passengers and freight to Cook Inlet.

"A2A will make Alaska's ports the closest to Asia in North America," said Mead Treadwell, a former Alaska lieutenant governor and consultant to the Canadian company.

Alaska would benefit by renting right of way to the company and through tariffs paid for railcars travelling through the state, Treadwell said. 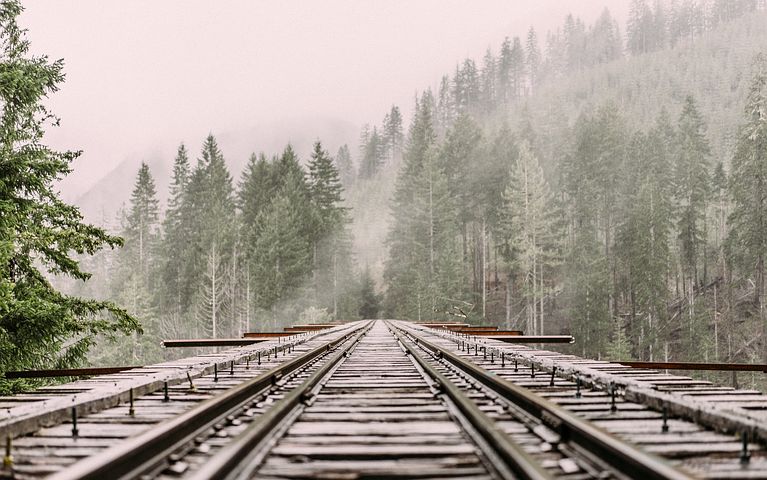