Licia Corbella: The NDP government has appointed an 'enemy' to the Alberta Energy Regulator

Ed Whittingham, former executive director of the Pembina Institute, has been appointed to a part-time, $76,500 per year directorship

Alberta’s NDP government has done it again — it has appointed an enemy of Alberta’s oil and gas industry to oversee it, regulate it and advise on it.

Ed Whittingham — the former executive director of the Pembina Institute from 2011 to 2017 — was appointed to a five-year, part-time, $76,500 per year directorship at Alberta’s Energy Regulator (AER), with an additional $750 for each day he participates in meetings with the organization, which is tasked with ensuring “the safe, efficient, orderly, and environmentally responsible development of oil, oilsands, natural gas, and coal resources over their entire life cycle.”

Whittingham’s appointment is TzeporahBerman 2.0 — only worse.

According to Vivian Krause, the Vancouver-based researcher who has followed the money trail and uncovered the concerted foreign Tar Sands Campaign to keep Alberta’s oil from reaching tide-water, Pembina has accepted almost $8 million of foreign funding from U.S. foundations — groups such as the Tides Foundation, the Hewlett Foundation, the Oak Foundation, and other U.S. organizations under the auspices of the Tar Sands Campaign, which had the stated aim of “landlocking” Alberta’s oilsands by preventing any pipelines from being built.

The Alberta government scarcely made a peep of protest over the feds changing the rules on the $15.7-billion west-to-east pipeline, while placing no extra requirements on OPEC oil, imported by tankers down the St. Lawrence River, where belugas live and breed.

When then-newly elected Premier Rachel Notley announced details about her Climate Leadership Plan (which includes a carbon tax that she never campaigned on), Whittingham was standing by her side at the podium.

Whittingham did not agree to an interview with Postmedia, stating that the AER would have to approve it. The AER declined to allow Whittingham to be interviewed.

However, in an email sent last week prior to the AER gag order, Whittingham wrote: “I reject in the strongest terms possible accusations by some that I am ‘an anti-oil activist.’”

Oddly enough, Krause agrees with Whittingham in a facetious kind of way.

“I agree that he’s not an anti-oil activist,” said Krause, who was in Calgary Monday, where she spoke to about 500 people at the Grand Theatre at an event hosted by Moodys Gartner Tax Law and Sequeira Partners.

“I would categorize Ed Whittingham as a pro-foreign oil activist. His activism has been a huge competitive advantage for the American oil industry,” she said, adding that during the 10-year span of the Tar Sands Campaign, U.S. oil output has doubled.

“There is nothing anti-oil about the Tar Sands Campaign, absolutely nothing. None of those U.S. funders, not one of these activists, like Ed Whittingham, are anti-oil. They may say they are but if you look at their actions they haven’t kept one barrel of oil in the ground. All they’ve done is shift where the oil is produced, from an ethical place like Alberta to the Middle East and the United States,” she added.

Krause says she spent more than two hours, over two phone calls, speaking with Whittingham, whom she said seemed like a very “nice man.”

But, “I cannot see how it’s justifiable to appoint this individual to the AER, given that he readily agreed with me that their campaign sacrificed Canada,” Krause said of her conversation with Whittingham, who admitted in his email that he spoke with Krause twice.

Krause says she also rejects the idea that appointing Whittingham to the AER brings needed balance. “If you look at his record, he is not balanced towards the industry that fuels Canada’s economy. He is a very effective opponent of it.”

This appointment is an outrage. For Notley & Co., it’s apparently not enough to have U.S. billionaires attacking Alberta through environmental groups. She brings those complicit with that tactic into the fold. Then again, considering her anti-oil-and-gas cabinet, Whittingham fits right in. Why not email her at [email protected] and tell her what you think of this appointment. 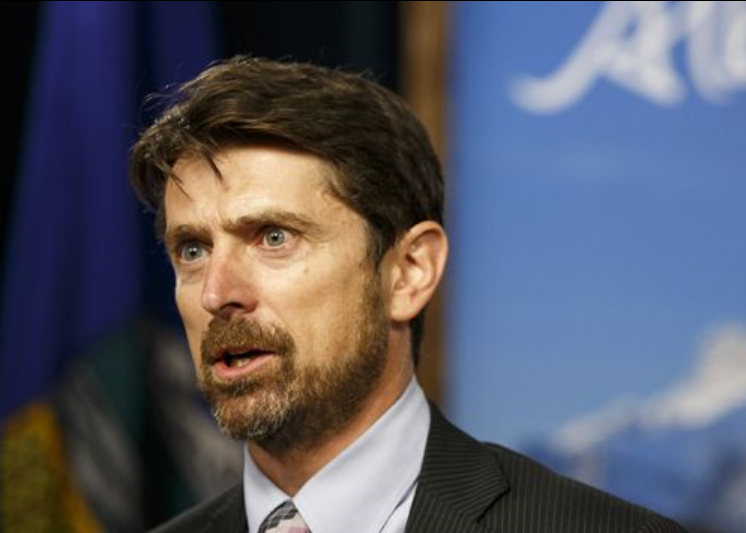