Few people in Canada, let alone landowners are aware an unprecedented showdown appears to be looming between private property rights and Indigenous rights of access—ground zero is Enbridge’s workspace and right-of-way on the Line 3 Replacement Program Project (“L3RP”), extending more than 1,000 km across Alberta, Saskatchewan, and Manitoba.

CAEPLA has become aware that members of the Indigenous Advisory Monitoring Committee (IAMC), a committee formed by the federal government consisting of Indigenous and government representatives, including the National Energy Board (NEB), have been forcing their way onto Enbridge worksites even where the landowner has denied permission to enter. IAMC Indigenous Monitors claim they have the legal authority to accompany NEB inspection officers onto any property without landowner permission. CAEPLA disagrees.

CAEPLA, and its member associations, Manitoba Pipeline Landowners Association (MPLA) and Saskatchewan Association of Pipeline Landowners (SAPL), negotiated a comprehensive project agreement for the L3RP with Enbridge that authorizes Enbridge to enter on the private lands of MPLA and SAPL members. That authorization extends to individuals who are authorized by Enbridge to be present to carry out Enbridge’s operations, and for whom Enbridge is responsible. That authorization does not extend to IAMC Indigenous Monitors. While NEB inspection officers do have the legal authority to enter private properties to monitor Enbridge’s operations, those officers do not have the authority to bring other non-authorized individuals with them. CAEPLA has written to Enbridge on behalf of MPLA and SAPL members to direct that Enbridge not permit access to its worksites to anyone who lacks the authority to be there.

Although this situation is still developing, it appears that certain Indigenous communities, whether through the IAMC or outside of it, are looking to use the NEB as the thin edge of the wedge to gain access to private properties for archaeological and other investigations.

The next step will be the designation of lands as heritage sites, and a prohibition on agricultural and other land use. Much is at stake, and CAEPLA will continue to monitor this situation closely. 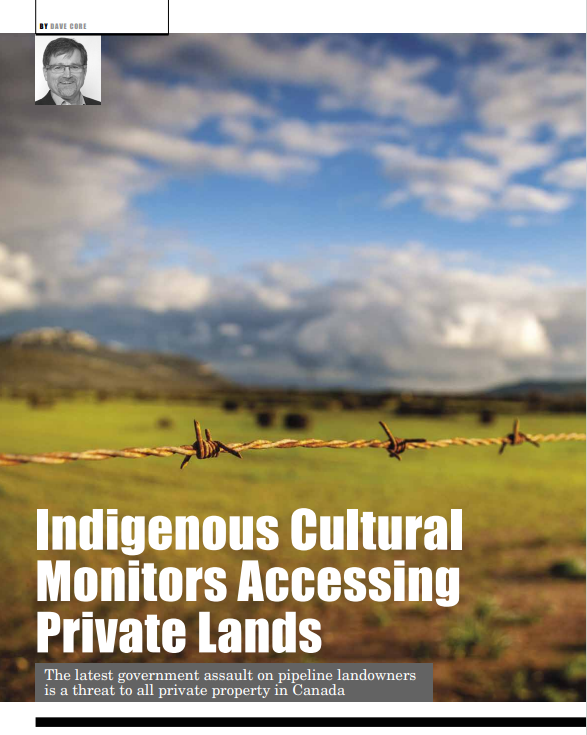 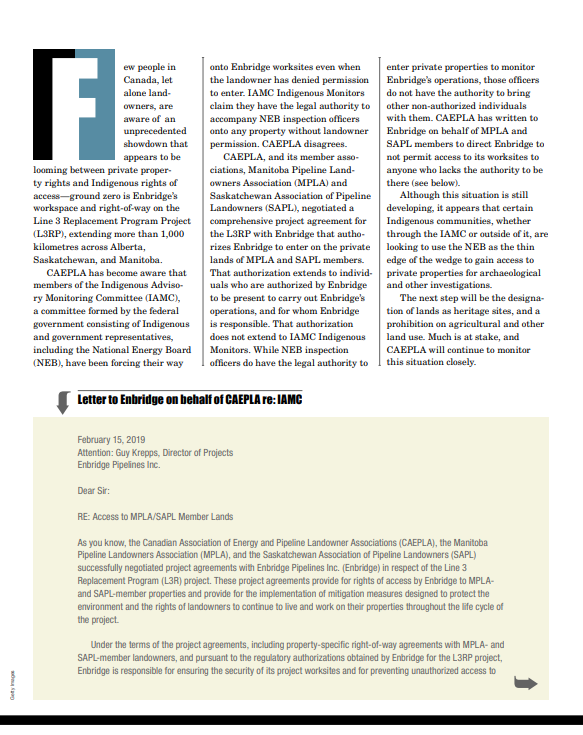 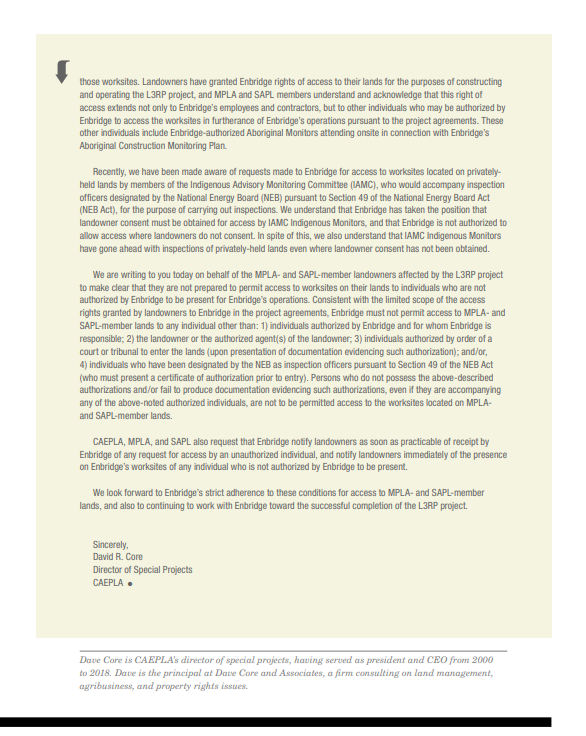 Dave Core is CAEPLA’s director of special projects, having served as president and CEO from 2000 to 2018. Dave is the principal at Dave Core and Associates, a firm consulting on land management, agribusiness, and property rights issues.