A Practical Proposal for the People’s Party of Canada

The NEB is no friend of landowners, industry or the environment
—Maxime Bernier should promise to abolish it

Disillusioned with the federal Conservative establishment and its kowtowing to special interests, Bernier decided to go his own way.

Despite some favourable early polls, it’s impossible to say right now what effect this party will have on Canada’s political landscape. The good news is, unlike leaders of other parties, “Mad Max” has been clear: he is pro-property rights and pro-pipeline.

This raises the question of how the PPC might approach the interplay of landowner and industry interests with government regulators.

Well, we have a few suggestions for him.

First, let’s keep in mind that in his campaign for the Conservative Party leadership, Bernier wasn’t afraid to propose some fairly radical ideas by Canadian standards. This earned him the nickname “Mad Max,” which he happily embraced.

To pick a few examples, he went after Ottawa’s sacred cows, like the “supply management” system, as we have euphemistically named our cartelized dairy system. He also proposed eliminating the CRTC’s role in regulating the telecom industry.

Maybe it was all just campaign talk, but the prevailing theme in Bernier’s leadership effort was reducing the influence of Ottawa.

For those who favour smaller government, this was a breath of fresh air. Most politicians will go no further than proposing tepid and fiddly “reforms” or setting up committees to study how a government agency can do a better job. Invariably, this leads to spending a bunch of money producing reports that no one reads, and nothing changes.

In the spirit of Bernier’s willingness to propose big ideas, here is a bold proposal for a policy that would show Bernier’s new party is committed to property rights, Canada’s energy industry, and the environment.

Bernier should abolish the National Energy Board (NEB).

If Ottawa goes ahead with Bill C-69, then abolish the Canadian Energy Regulator.

Of course, abolishing the NEB prompts the question, “What would we replace it with?” The Trudeau government’s Canadian Energy Regulator is supposed to address the failings of the NEB. Doesn’t something need to cover the NEB’s current job?

Answer: When you put out a fire, you don’t replace it with anything. It’s okay to just put out the fire.

The NEB is a fire that needs to be put out. For that matter, so does the very idea of this awful model for a federal regulator.

"With expropriation power stripped from the far less accountable federal government, we could work to outlaw it at the provincial and local level altogether."

Provinces already have regulators for these matters. The Constitution gives them jurisdiction over their own natural resources, and that should be the end of it. If Saskatchewan and Alberta want to make a pipeline between them, let them work it out. If Alberta wants to build a pipeline to the United States, that should be Alberta’s business.

And the NEB isn’t that old. Or venerable. It was created in 1959; Canada was building interprovincial and international pipelines to move petroleum products long before that.

The objective should be to reduce Ottawa’s role in these matters to the absolute minimum. Provinces have their own energy regulators, and counties assert their own influence as well. These processes are flawed and problematic, but they are more local and so give property owners relatively more influence.

Some property rights advocates might say this is insufficient. Ottawa should go all the way and outlaw local and provincial authorizations of expropriating land.

This is appealing, but it implies an encroachment of bigger political authorities over small ones. We must always be wary of top-down political control over other jurisdictions.

The idea that any government thousands of miles away should micromanage local affairs is the opposite of real confederation and economic cooperation, and we should oppose it in principle.

"The NEB isn’t that old. Or venerable. It was created in 1959; Canada was building interprovincial and international pipelines to move petroleum products long before that."

The correct approach is to decentralize the expropriation powers—to wit, take them away from Ottawa. Then, with expropriation power stripped from the far less accountable federal government, we could work to outlaw it at the provincial and local level altogether.

Our southern neighbours provide an interesting illustration of how this can work. In 2005, the U.S. Supreme Court’s Kelo vs. City of New London decision said that a local government could exercise its expropriation powers for public use that benefits the public.

Many said this decision was terrible because the Supreme Court should have simply denied the right to expropriate and preserved property rights.

But in the state of Indiana, lawmakers saw the Kelo decision and passed a law that specifically addressed this issue.

Basically, a state government rejected the opinion of the Supreme Court and passed its own laws tailored to the problem. Rather than permitting the government to take private property for the sake of “promoting economic development,” Indiana’s statute established far narrower circumstances in which this is permitted.

Remember, an individual or group with limited political power will always be in a better position to influence more local governments over federal governments.

It’s much more difficult to fight powerful special interests at the federal level than in a more local political arena. When you move up the ladder of political jurisdiction, the common person’s influence tends to become weaker and weaker.

Calling for the abolition of the NEB would be a major indication that the People’s Party of Canada is on the side of property owners. 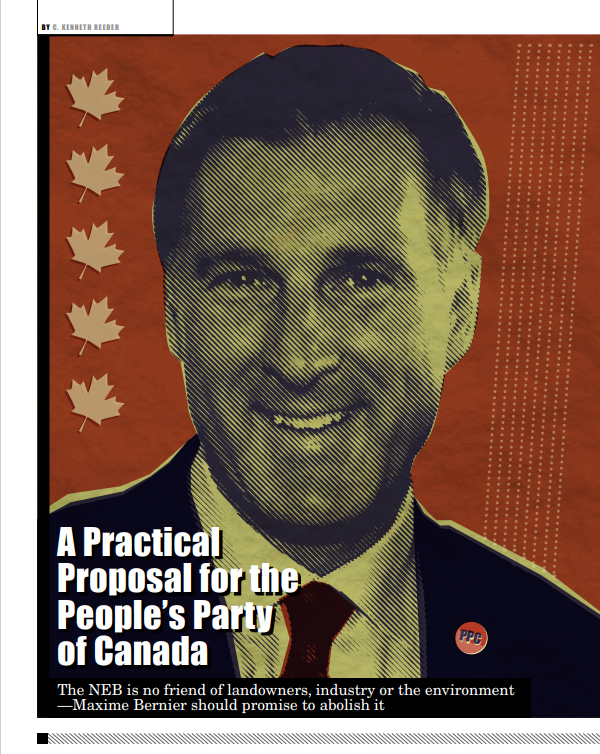 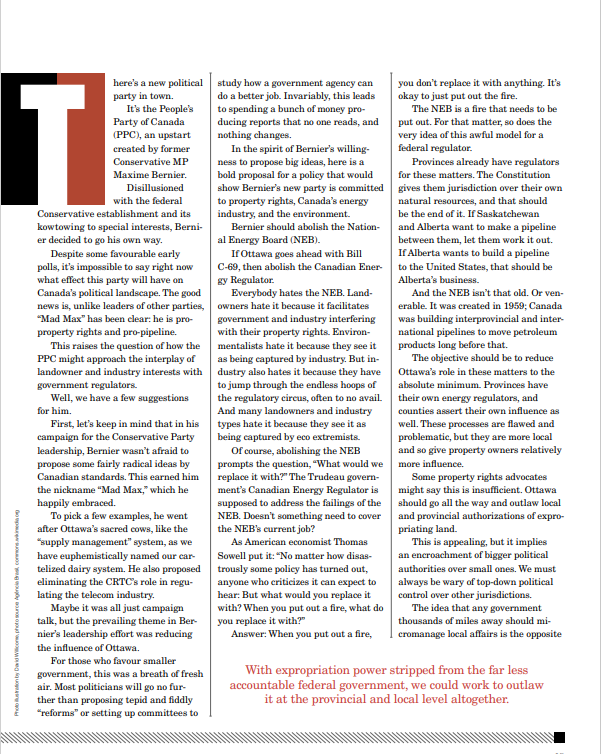 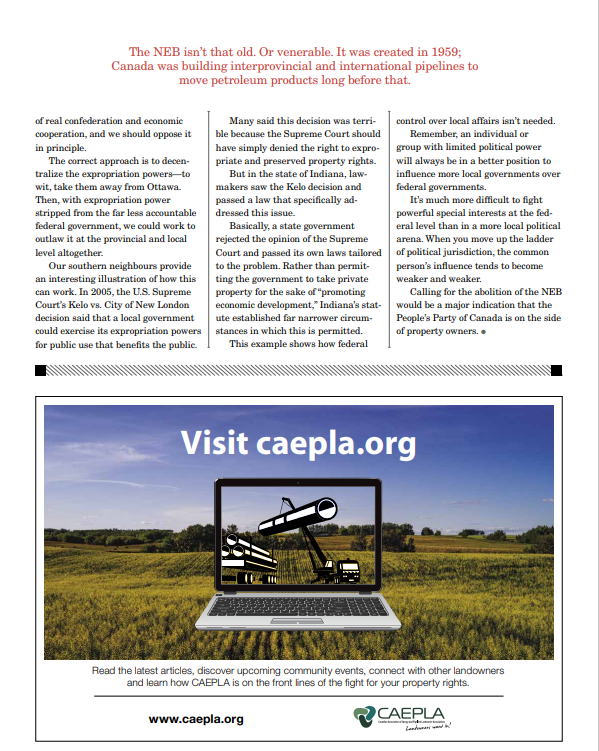