A different Kind of Green

Plodding through knee-high grass and high-stepping electric fences, Scott Gillilan makes his way to a crisp, clear creek dotted with spawning areas for fish. An occasional trout swims past as Gillilan weaves his way through a thicket of cattails to proudly survey his work from the water’s edge. Rey Creek, nestled in a valley west of Bozeman, Mont., looks every bit as old as the picturesque mountains that serve as its backdrop.

Just two years ago, however, this creek was nothing more than a muddy ditch, with pockets of stagnant water that hid discarded tractor tires and faded beer cans. “Before the restoration work there probably weren’t more than a few trout per mile because the habitat was so degraded,” Gillilan says. “But now, this is a ‘blue ribbon’ fishery.”

Over the years, this now-sparkling creek was diverted for irrigation, had its banks crushed by grazing cattle and, eventually, once it became filled with silt and the water ran too shallow for fish, it became a trash dump for local ranchers.

Instead, it was the prospect of a different kind of green, the almighty dollar, which triggered the impressive restoration of this creek. Land developers bought the dirty, polluted creek and a couple hundred neighbouring acres in hopes of selling plots of land to people seeking a break from city life — a place where they could build their dream lodge at the base of the Montana mountains.

And, of course, no Montana dream lodge would be complete without easy access to a fly-fishing stream.

That’s where Gillilan, a hydrologist and aquatic and land restoration expert, and his team came in. By restoring the long-neglected creek and turning it into a fishing paradise, the property’s owner transformed a plot worth “maybe a few thousand dollars an acre,” Gillilan estimated, into land that sold for more than $16,000 an acre, according to property records.

There are no losers when acts of private environmental preservation and restoration, like painstakingly re-establishing a lost creek, occur. Property owners, the environment, and the general public all benefit. The restored creek provides enhanced water quality, increased fish populations and wildlife habitat, which flow well beyond the property’s boundaries.

For environmentalists, restoration projects such as this one ensure that many more people will have the opportunity to enjoy unspoiled land that might have otherwise been used for cattle or large-scale farming, or may have simply been disregarded and unappreciated.

Restored areas also offer species the possibility to thrive once again in their native habitat. Private stream restoration projects in the cold waters of Montana’s higher elevations have even given hope to the Arctic grayling, a native fish once threatened with extinction. While government efforts to save the fish have done little to help, the beautiful sail-finned trout has found miles of new habitat and hundreds of additional spawning areas as private preservation and restoration projects continue to spread across Montana and beyond.

And when landowners or investors restore their properties, not only are jobs created for people like Scott Gillilan who perform the restoration, but the land itself often becomes more valuable. The value of surrounding properties increases as well, and additional property tax revenues find their way into government coffers.

Finally, private efforts that reclaim and restore previously undesirable land literally create more land for Americans hoping for the chance to enjoy pristine space for vacation properties, retirement homes, or simply to create a better quality of life for their families.

In recent years, doing right by the environment has become big business. Dams are being removed, streams are being reclaimed and native plants are being reintroduced, all by people whose motives could be viewed as self-serving. But unlike the government, which has a spotty history when it comes to protecting or restoring land, private investors who see the value in returning land to a more natural state have a strong incentive to restore the environment from years of damage and abuse. They also have a strong track record of success.

There’s an important lesson in the little stream that Scott Gillilan brought back from the verge of destruction—and in the hundreds of other land and water restoration projects throughout America: Government will never preserve or restore land as well as people who stand to make money off of it. 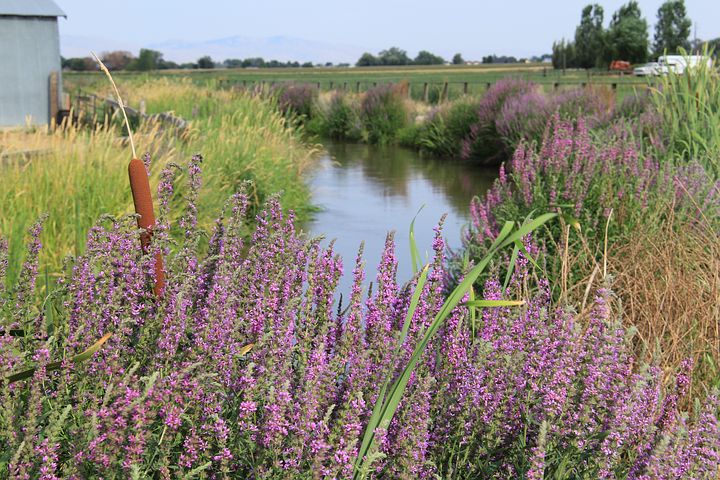 Drew Johnson is a senior scholar at the Taxpayers Protection Alliance and a columnist at The Washington Times. This article first appeared in PERC Reports and is reprinted by permission of the Property and Environment Research Center.