Tweet
Newsletter Sign Up
Russia and Ukraine have basically been at war the last several years.
Yet they can still cooperate to get pipelines built.

This isn't supposed to happen according to those neo-Cold War pundits who keep telling us Putin is not only bent on taking over Ukraine, but Europe as well — especially through gas and energy dominance.

Per FT, a major gas transit deal has been reached between Ukraine and Russia "in principle" and will likely be imminently signed into effect by Moscow and Kiev leadership, ultimately ending a standoff after Ukraine ceased buying gas directly from Gazprom in 2015:

European natural gas prices fell sharply on Friday after Russia and Ukraine reached a provisional deal to allow the continued transit of gas to Europe in the new year. A stand-off between the two countries had threatened to disrupt supplies to Europe when the existing contract expires on December 31.

...Late on Thursday, Russian energy minister Alexander Novak and his Ukrainian counterpart Oleksiy Orzhel said they had struck an agreement in principle for a new contract, adding that talks were set to continue in Minsk on Friday. 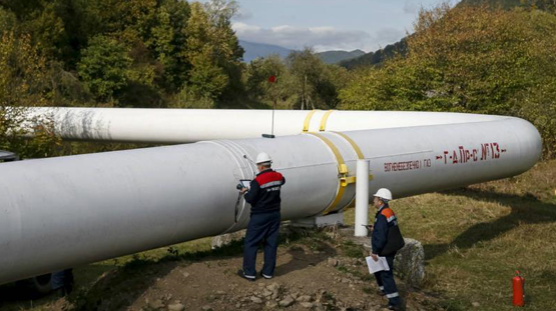