Digging Further Into the History of Pipelines by CLAUDIA FARRELL

The use of gas and pipelines to serve customers worldwide has an expansive and colorful history. As manufactured gas and natural gas were discovered and new inventions altered demand, pipeline owners have revolutionized pipelines and expanded their reach to meet the need

Exploring the Early Evolution of Gas

The first commercial usage of gas was called manufactured gas. Created from coal, petroleum, or mixtures of coal and oil, manufactured gas was largely used throughout the early to mid-1800s for cooking, lighting and hot water. Before electricity became commonplace in homes, manufactured gas was the first step toward modernization. However, producing this artificial gas came with environmental baggage, mainly coal tar. Manufacturers found uses for coal tar in roads, roofing and coating surfaces, but this byproduct was largely a hazardous waste product that quickly became costly and complicated to manage.

Natural gas, on the other hand, could be found around the Great Lakes as early as 1626, when French explorers witnessed natives igniting gases. Besides a neat trick, there were few practical uses for it. That changed in 1821 when a blacksmith named William Hart dug the first successful well to harness natural gas rising to the surface in Fredonia, New York. He was able to direct the gas through hollowed wooden logs about half a mile to a lighthouse.

Exploration and wells continued over time until the next watershed, in 1859, when Edwin Drake drilled the world’s first commercial oil well in rural Pennsylvania. The oil boom lead to vast improvements in pipeline materials and reliability, but natural gas coming out of the wells continued to be seen as a lesser byproduct and was frequently flared off throughout the 19th century.

Improvements to steel manufacturing by the Mannesmann Brothers in 1885, as well as methods to join pipe and high-pressure pumping systems, helped to grow the natural gas industry and transition suppliers away from manufactured gas. As reliability in transporting natural gas through interstate pipelines increased, so too did regulation, notably with the Hepburn Act of 1906, which gave the Interstate Commerce Commission (ICC) the power to set maximum railroad rates and extended the ICC’s authority over oil pipelines.

Pipelines continued to expand west, bringing fuels from Pennsylvania and West Virginia to places like Missouri, Kansas and Iowa, where Burns & McDonnell performed gas appraisals for cities and companies in the Midwest in the 1910s.

One of the major catalysts in the rise of safety regulation was the 1937 New London School incident in Texas. Gas from poor connections to gathering lines leaked into the school and ignited, killing about 300 students and teachers. The school had 17 rigs on its property and was using the excess natural gas from the oil wells to heat the building. The tragedy led to gas odorization, which was ultimately codified into DOT 49 CFR 192. This regulation requires that “combustible gas in a distribution line must contain a natural odorant or be odorized so that at a concentration in air of one-fifth of the lower explosive limit, the gas is readily detectable by a person with a normal sense of smell.”

As gas and its uses have evolved over centuries, so too have pipeline regulations. The first instance of significance revolved around the Sherman Antitrust Act in 1890, which challenged Standard Oil’s monopoly. At that time, Standard Oil owned 80% of the world’s refining and transportation for oil. To address this industrywide control, the Hepburn Act in 1906 required interstate oil pipeline carriers to provide equal service costs to all shippers and, finally, a court ordered Standard Oil to dissolve into 34 separate companies in 1912.

Regulation shifted its focus to gas as it became more popular and widely used in pipelines. With new availability of energy options in the U.S., the Federal Power Commission (FPC) was given the power to regulate the sale and transportation of natural gas through the Natural Gas Act of 1938. And once the use of natural gas found its way into almost every household in the country after World War II, vital pipeline construction boomed for the next two decades.

Natural gas is an essential component to a diversified power portfolio today. Explore how natural gas pipelines keep us all connected. 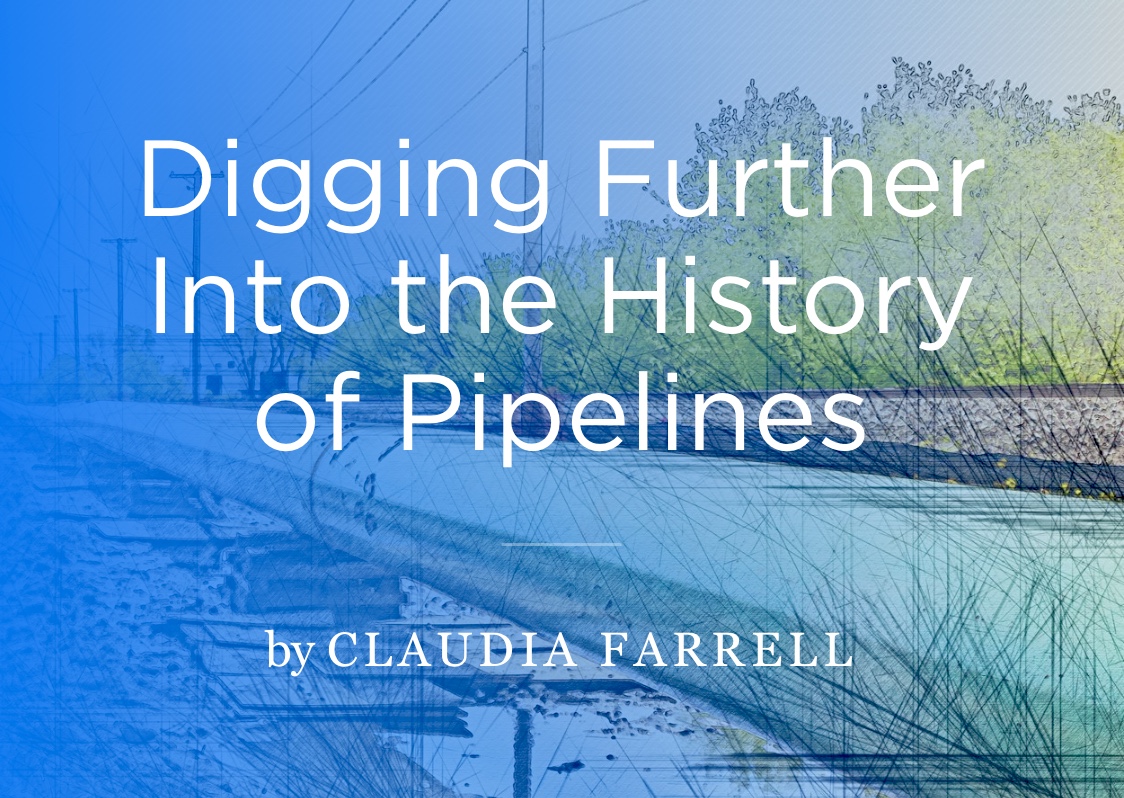