Two adversarial countries, a lawless bombed-out third, and a terrorist organization come together to build a pipeline, and Canada can’t

An Afghan, a Pakistani, an Indian, and a Turk..menistanian walk into a bar. No wait, into a pipeline meeting. No wait, this isn’t a joke, it’s…I don’t even know what it is. Perhaps just best to describe it as a profound illustration of how coagulated and paralyzed Canada has become.

The group above – these four enemies/anarchies/survivors – found enough common ground to build a massive international natural gas pipeline at a cost of over $10 billion. It gets weirder; an elder statesman in global terror circles, the Taliban, stopped by to lend their support. If that doesn’t leave you speechless, think about Canada’s infrastructure situation, then consider this quote that should blow your head right off: a Taliban spokesman commented that his organization “views this project as an important element of the country’s economic infrastructure and believes its proper implementation will benefit the Afghan people.”

It would be very difficult to come up with a more devastating indictment of Canada’s developmental paralysis than this.

This is a parable for the times, a would-be/should-be reminder to comfortable elites of the west (most of us) that standing on a street corner protesting is one thing when you know with dead certainty that the second you stop anything you want is available to you. It is also a stark reminder that that is not representative of the most of the world’s experience. But it’s not just protesters; we’ve all come to take fundamentals of life for granted, becoming preoccupied with endless trivial “problems.” It’s the spillover of this attitude that created many of our developmental issues, that we can have anything we want whenever we want it, with no downside.

Westerner’s view of the world has floated away from reality on a sea of abundance. To show my magnanimity to eco-warriors, here’s a funny example from the other side, a well-off acquaintance who was inconvenienced in no small way (according to him). This is admittedly cartoonish but it’s real, and just too funny not to mention. This guy decided he needed a new set of wheels to haul the occasional kid or dog around in. After much homework and self-image analysis, he concluded that the best option was a top-line Maserati. Then the real work begins. What colour? What wheel style? What colour of brake calipers? What sort of stitching pattern on the seats, and what colour of stitching? (I’m not making this up.) Eventually, after long nights of contemplation and soul searching, he showed up at the dealership with his notes, requirements, and bargaining strategy. What happens next is almost Dickensian in its cruelty – the salespeople ignored him, completely, and it took uncomfortable firmness to corner one and begin explaining his requirements. Then the thunderbolt: he was unceremoniously interrupted and informed that they were backordered for a year, and if he wanted one now there was possibly a black one in Vancouver. Off the rack. What hurt most was that his default, infallible solution to these things (someone has to pay) was, in this situation, an utterly useless weapon.

OK that’s extreme, but surely you’ve noticed that the level of whining over minutiae is almost deafening. And we can do that, because we don’t worry about the lower rungs of Maslow’s hierarchy of needs. We have everything we want, and we have it when we want it, so we worry and complain and protest against what we see as imperfections. I am guilty myself; improper road design infuriates me, because it makes traffic inefficient and I may have to wait an extra minute or two (while sipping my latte), or I have to be really really careful at some intersection. It’s outrageous.

The above examples of boorishness however harm no-one but the boor; where it becomes significant is when we choose to halt something that will benefit millions because it offends some sensibility of ours. Protesters are no different than the unfortunate Mr. Maserati, because the demands are equally as immaterial in the bigger scheme of things. We protest what’s wrong in our little worlds because we lack perspective on the bigger picture; it’s the blind men (or, or course, women) and the elephant times millions. People protest wind farms if they don’t like the look of them. People protest pipelines because they fear a theoretical spill, that, even if it did occur, would have absolutely no impact on their life. It wouldn’t destroy a coastline, or even a fraction of one, and whoever did it would pay until they bled, and then they’d clean it up to boot. And it’s the same for natural gas pipelines, or infrastructure; we can’t build those either even if Canada desperately needs it.

Oops, there’s that attitude again; maybe that’s a spoiled, western view of “need” – we need it to help maintain our lifestyle, our social safety nets, our standard of living. TAPI, the consortium of the 4 countries above whose names I am far too tired to type again, actually does need the project and the gas. The 4 countries have a combined population of 1.5 billion people and natural gas is a matter of life or death for them.

Look at the issue another way, from a contra-Maserati viewpoint. Tata Motors, an Indian car manufacturer, introduced the world’s cheapest car, the Nano, a few years back. Oh no, cried ten thousand western environmentalists. Oh yes, cried half a billion Indians, who had previously been moving families around by motorbike (if at all).  And those poorly (actually, over)-designed intersections I spend my day moaning about – most of the Nano’s purchasers would no doubt be thrilled to even have some decent pavement.

It’s not just the disparity in living standards though; it’s the vision these countries have in putting aside some staggering differences and circumstances to work towards a common objective. India and Pakistan have a long history of deadly skirmishes and tension over disputed border regions. Afghanistan has a population that doesn’t even blink at explosions anymore, and yawns at flying bullets that don’t remove facial hair. And they all found a way to work with one of the world’s most notorious terrorist organizations, one whose brief rule of Afghanistan set the country back a hundred years.

These countries understand necessity. Despite all that madness, or maybe because of it, they actually value fossil fuels, or at least natural gas, because they know it is a requirement for survival. They know what life is like on a razor’s edge. They set aside their differences for a net benefit to humanity that to them is obvious and large. And no, the words “Taliban” and “benefit to humanity” have never before been linked, to my knowledge.

We’re so fat and comfortable and smug about our entitlements (except energy blog writers, who would buy Tata Nanos in droves if sold here) that we take up fights based on what we see, and on the fads of the day. We overconsume everything, then feel guilty about it, so attack the easiest villains, like the evil corporations who provide and move energy that is only provided and moved to feed our habits. We demand major progress on climate change, but only by attacking what is in vogue. We refuse to even consider the hard choices. Fossil fuels are evil, but how will you survive in winter without? Silence. Want to ban internal combustion engines, but how will food get to you? Silence. Want to dramatically reduce emissions, but who will stop flying, like, right now? Silence.

Apparently we can learn a lot from TAPI – about humility, necessity, and, as unbelievable as it sounds, cooperation. 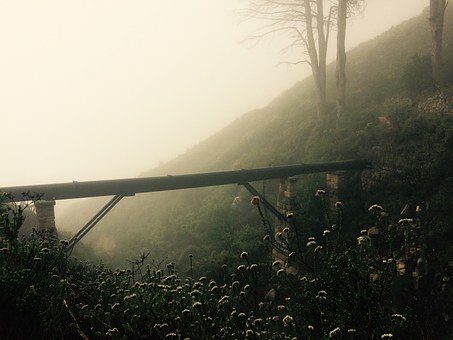