If NEB history is any indication, nationalizing energy infrastructure could give anti pipeline activists more power than ever...

An energy corridor sounds like a great idea, of course.

As usual the Devil will be in the details.

The first detail that springs to mind is Canada already has multiple energy corridors.  Pipelines in this country are not in peril for lack of energy corridors. Industry has been building them for over a century.

Second detail is Ottawa in fact already owns an energy corridor, acquired when the Trudeau Liberals nationalized the TransMountain pipeline in order, allegedly, to complete the expansion of that line.

So far the TransMountain energy corridor has only been used to park TMX -- just as if the government purchased an airline to ground planes.

Which of course would be absurd.  But so is the idea that Ottawa should get into the energy corridor business.

An obvious question about Mr. Scheer's energy corridor, at least to CAEPLA, is where would the government get the land?  And more importantly, how?

The immediate fear is a new energy corridor Crown corporation would get its land from farmers, ranchers, woodlot and other landowners, including pipeline companies.  And the very real risk is they would do so by expropriation as we have seen in countless cases where government wants land -- from British Columbia's Site C Dam to Manitoba Hydro's BiPole lll boondoggle.

So, the first casualty of Andrew Scheer's energy corridor scheme is likely to be property rights -- something conservatives are conventionally thought to believe in.

But the biggest risk arising from Mr. Scheer's energy corridor Crown is capture.

Capture is an innate hazard of regulation -- the regulated inevitably become the regulators when they take over the agency involved.

We have seen this historically in Canada with the National Energy Board (NEB).

The Board was captured by industry very early on.

This resulted in the legislated and at times rampant theft of land from farmers and ranchers by government -- a transfer of wealth from owners of agricultural land to owners of shares in energy transport companies.

But Karma can be a b!tch.  The same power to bulldoze the rights of landowners soon came to bite industry on the rear when the extreme green movement succeeded in capturing the regulator, after years of the sector's attempts to co-opt and appease environmentalists.

The NEB now suspends the property rights of both farmer and pipeline company.

And it is only getting worse. Bill C69 will not only stop any new pipelines from being built in Canada, but will throw open existing easements to new trespassers who can sandbag and suspend farm and pipeline operations alike.

If government control of a regulator can result in the abuse of landowners and the paralysis of the energy transport industry, activists must be drooling over the prospect of Mr. Scheer creating a Crown corporation that hosts and controls every pipeline in the country.

CAEPLA is already concerned about what the Greens have in store for TMX.

The answer to all these questions is to depoliticize -- to get government and its regulators out of the energy transport business altogether.

If we want to get pipelines built, we don't need government to buy them or create new Crown corporations to own energy corridors. All we need is to get government out of the way and to respect the property rights of landowners and shareholders.  A dozen projects would proceed overnight.

CAEPLA will be watching and waiting for Mr. Scheer to clarify his energy corridor policy and will be the first to remind him that Conservative Parties are not supposed to believe in undermining property rights and creating new Crown corporations. 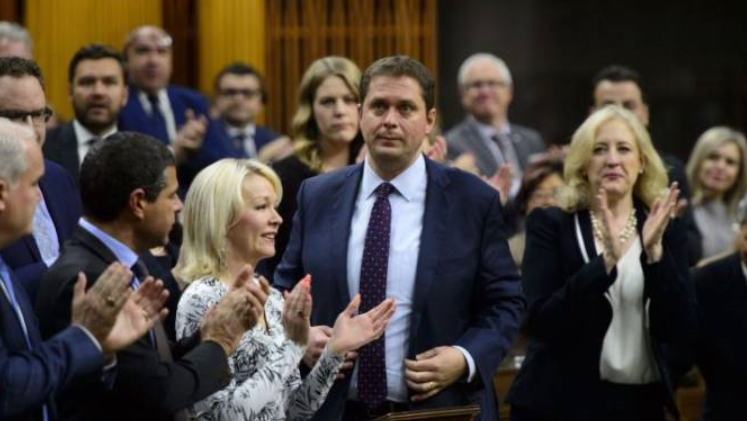