Pembina Pipeline Corp. says the Canadian Competition Bureau has signed off on its $4.3-billion deal to buy assets from Kinder Morgan Inc.

The Calgary-based company says the receipt of the “no-action letter” from the bureau clears the final regulatory hurdle for the deal to go through.

Pembina announced in August that it would buy Kinder Morgan Canada Ltd. and the U.S. portion of the Cochin pipeline system.

Pembina’s deal to buy Kinder Morgan Canada — including its ownership of the Canadian portion of the Cochin pipeline — was an all-shares deal valued at $2.3 billion including the assumption of preferred shares and outstanding net debt.

In addition, it said it would pay roughly $2.05 billion in cash to purchase the U.S. side of the Cochin pipeline from Kinder Morgan, Inc., which owned 70 per cent of Kinder Morgan Canada.

The 110,000-barrel-a-day Cochin pipeline runs 2,900 kilometres from Fort Saskatchewan, Alta. to Chicago. It imports into Canada a prized light petroleum called “condensate” which is used to dilute oilsands bitumen to allow it to flow in a pipeline.

The Cochin pipeline is one of two cross-border condensate import pipelines and it both complements Pembina’s existing condensate infrastructure in Western Canada and further extends the company’s reach into the U.S., the company said in August.

Along with the pipeline, the deal also includes an Edmonton storage and terminal business and Vancouver Wharves, a bulk storage and export-import business.

Kinder Morgan Canada was spun off from its American parent in mid-2017 to raise money to build the Trans Mountain pipeline expansion but it sold the pipeline and its expansion project to the federal government for $4.5 billion last summer.

It announced in May it had decided to remain a stand-alone public company after a strategic review of options that could have included the sale of part or all of the corporation.

Pembina, which is offering shares worth $2.3 billion along with $2.05 billion in cash for the assets, expects the deal to close in December after a vote by shareholders.

— With files from Dan Healing, The Canadian Press 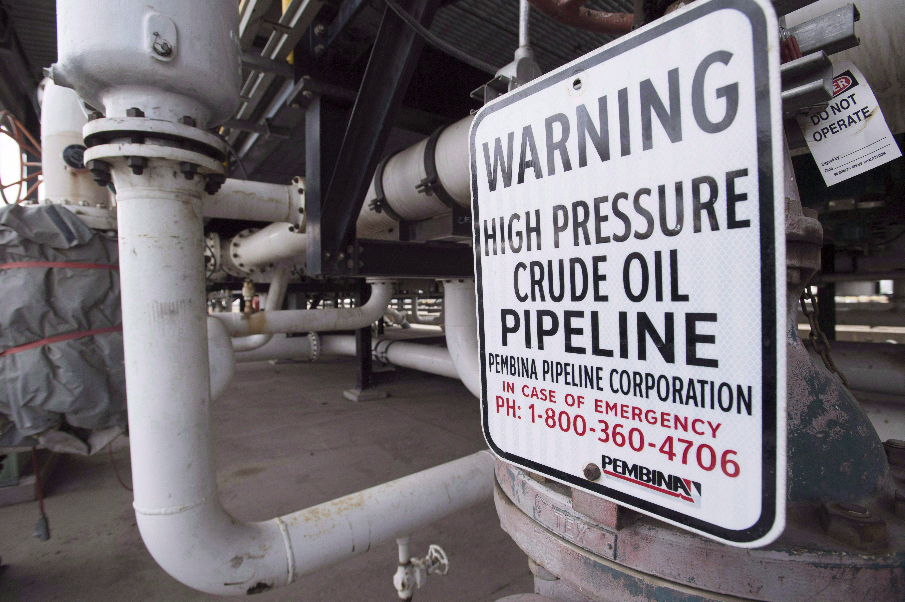