Manitoba premier Brian Pallister calls BiPole III "scandalous," but that did not stop him from expropriating countless landowners for the project.

Nearly five years in power and into his second mandate, Pallister today looks to blame previous governments for the failing Crown utility, and has himself failed to make dozens of expropriated landowners whole.

Written by Connor Gerbrandt for PortageOnline

The Premier today reamed out the previous government for what he calls the “largest scandal in Manitoba’s history,” namely what he refers to as the reckless construction of the Bipole III Transmission Line and Keeyask Generating Station.

The two projects were sanctioned by the NDP in 2012 and, according to Brian Pallister, were pushed forward under dubious circumstances and without proper public consultation. Accusing the NDP of “political interference,” Pallister says they strong-armed Manitoba Hydro into building the international infrastructure, leaving the province with a debt of more than $10 billion and a completed project that will not soon, if ever, pay for itself.

That massive deficit was revealed when an economic review of the build was released late last month.

“10 billion dollars is hard to comprehend,” said Pallister in a press conference Thursday morning. “What could 10 billion dollars do if it hadn’t been thrown at the Americanization of Manitoba Hydro? That gamble, that rolling of the dice, what could it have done? More than 50 new hospitals could have been built with that amount of money, more than 100 new schools, more than 200 Personal Care Homes, and more than 10,000 miles of road could have been repaired. That is how big this number is. It is enormous.”

While he lays the full blame on the NDP, whom he believes went ahead with the project in spite of economic and environmental evidence against it, Pallister says the move was made possible because of a weak piece of legislation: The Crown Corporation Governance Act. He notes gaps in the document permitted the construction of Bipole III and Keeyask to take place away from public view and scrutiny. For that reason, his government has replaced that act with a new one that emphasizes public disclosure. The Progressive Conservatives have introduced the novel Bill 35, or the Public Utilities and Ratepayer Protection Act.

“What it is designed to do is ensure that all current and future operations of Manitoba Hydro and other crown corporations are transparent and fully accountable to Manitobans,” Pallister states. “Manitoba Hydro does naturally like to build dams and if they want to build another one, they have to ask you.”

To prevent government interference in the future, the province is enhancing the independence of the Public Utilities Board, allowing it to manage its own budget and staffing as well as come up with its own recommendations, “something that has never been done in the past”,' he said.

Pallister says his government's goal now is to begin chipping away at this monstrous debt and put the guards in place to prevent such a blunder from happening again. He adds his government will be following every piece of advice given in the economic review of the Bipole III Transmission Line and Keeyask Generating Station.

“We are totally committed to making sure this type of thing never happens again.” 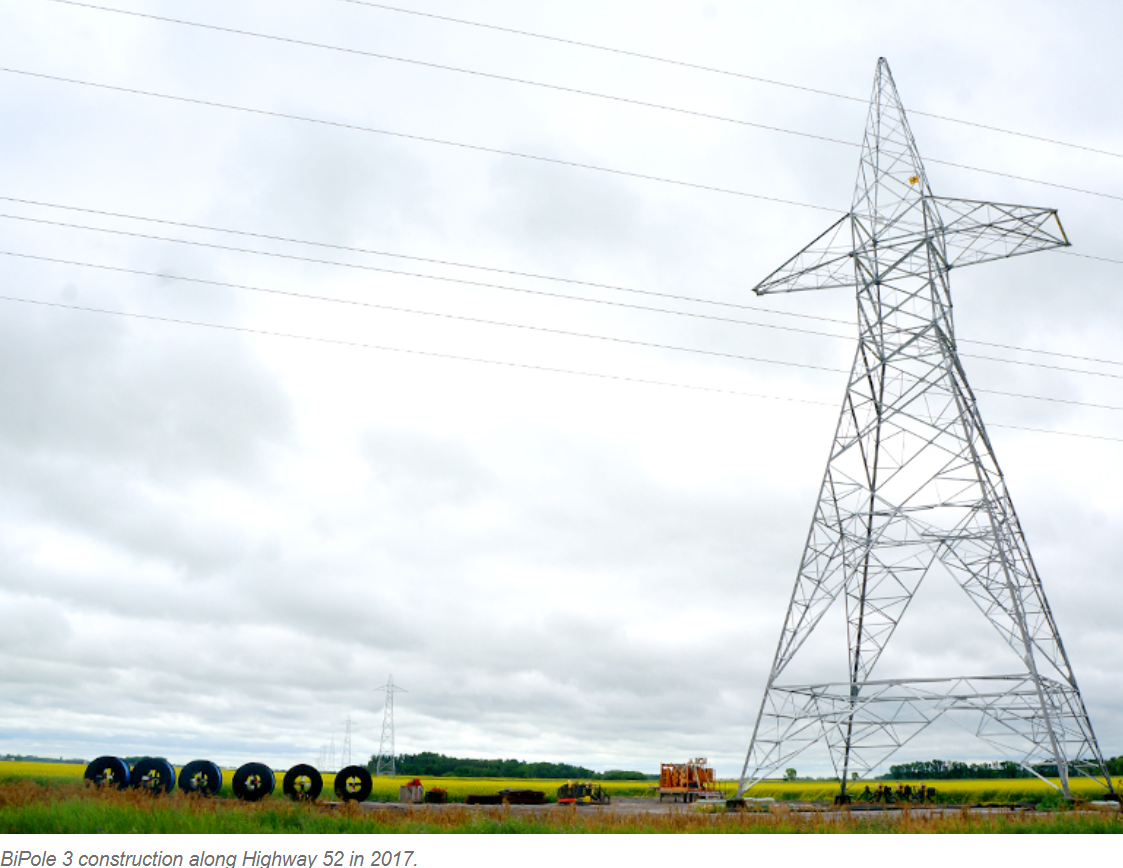