Can fungi make fear of pipeline spills a thing of the past?

MycoRemedy provides a 100% natural and effective solution to the contamination resulting from pipeline leaks and spills. The best part is you can protect yourself and your land from the damaging pollution before it even happens, virtually eliminating the risks associated with spills.

We believe that nature has already solved some of our most complex problems. Drawing inspiration from nature, MycoRemedy provides the most cost-effective, rapid and natural remediation technology available without sacrificing other high-quality solutions.

MycoRemedy utilizes mycelium—the living body of mushrooms—to digest contaminants nature's way, without the need for any intensive energy or chemical inputs. Apart from protecting and restoring land to its pristine state, mycelium has also been shown to improve soil quality and rebuild healthy soil.

Our MycoMats are designed with simplicity in mind. The MycoMats contain mycelium grown on a straw substrate contained in easy-to-install packaging. The MycoMats are simply rolled out for easy installation or inserted vertically into the soil, and because they are completely natural and made from bio-compostable and biodegradable materials, they never need to be removed and can remain in the soil indefinitely. The mycelium—which grows underground—will grow out of the MycoMats and into the soil, remediating as it goes.

Although the mycelium starts within the mat, it is easily able to branch out through the soil, forming a network that can cover a large area. In nature, mycelium is able to act as a decomposer by releasing enzymes to break down decaying matter in the ecosystem.

MycoMats work the same way: the mycelium releases natural enzymes that are able to break down hydrocarbons and other contaminants in the soil, restoring it to its natural state.

Apart from just tackling contamination problems, mycelium is an essential part of any healthy soil system. Mycelium not only digests contaminants but, just as it does in a natural ecosystem, it will digest dead and decaying plant matter aiding in the nutrient cycling in the soil. Introducing mycelium to the soil it not only breaks down contaminants but has also been shown to help re-establish healthy bacterial communities, increasing overall soil health and productivity.

By having MycoMats ready in your soil, if a spill were to occur the mycelium within the mats would be able to start the remediation process immediately, potentially reducing the long-term impact on the soil. Although installing the mats ahead of time can help assure you peace of mind and minimize some of the risks associated with leaks and spills, the technology can also be used after the fact to offer rapid and natural remediation.

Traditional methods tend to be very expensive, slow and often rely on energy-intensive inputs. MycoRemedy strives to ensure that cost is not a barrier to effective, rapid, and environmentally conscious remediation. We want to make sure that everyone is able to remediate the natural way.

At the age of 15, KELCIE MILLER-ANDERSON began research to address one of the oil sands’ most prevalent environmental concerns, the tailing ponds. Since then she has created two novel methods of fungi-based remediation that are able to treat a variety of constituents of concern, and started her first company based on her research. Her work on Mycoremediation has earned her numerous awards including an AsTech award for top science project in Alberta and an Emerald Award for environmental achievement. Kelcie’s work has been featured in Maclean’s, she was named a “great Canadian game changer” by A\J Alternatives Journal: Canada’s Environmental Voice, and Alberta Oil magazine named her one of Canada’s top energy innovators. She was recognized as one of the Youth in Motion Top 20 Under 20 in 2013, and as one of The Next 36. 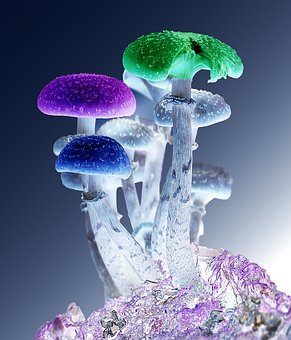 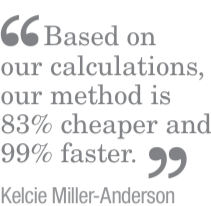