Justin Trudeau Says Bill C-69 Will Help Get Pipelines Approved. In Reality, It Will Be Devastating For Canada’s Energy Industry

As the cost of the Trans Mountain pipeline debacle continues to escalate, Justin Trudeau is trying to claim that Bill C-69 – which ‘revamps’ the environmental assessment program – will somehow help get projects approved:

“We put forward a revamped environmental assessment process in Bill C-69, that moves forward and strengthens environmental assessments and strengthens partnerships with Indigenous peoples, but also provides greater clarity for proponents and industry so that they know if they go through this process they are much less likely to be slapped down with a court case like [Trans Mountain],” said Trudeau.

But as always, Trudeau is lying.

The reality is that Bill C-69 will absolutely devastate the energy industry.

As noted by BNN Bloomberg, here’s what Independent Senator Doug Black of Alberta said about it:

“Under this proposed legislation, we’re not going to need to worry about the time for projects and the opposition of projects. because we’re hearing from companies that would be natural proponents to develop the Canadian resource industry, simply saying: ‘We’re not even going to apply.’”

Additionally, the former CEO of TransCanada said Bill C-69 was "an absolutely devastating piece of legislation" warning that pipeline companies would not propose new projects in Canada if the bill comes into force.”‘

That’s the reality. Everything Trudeau does further weakens our energy industry, showing his fundamental disloyalty and opposition towards Canadian oil.

Behind the scenes, we can imagine that Saudi Arabia and our other oil producing competitors are laughing at us. 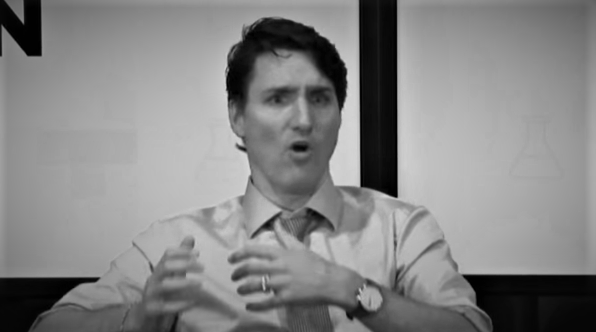