First they came for the energy sector. Now they are coming for agriculture. Is your farm or ranch safe?

Efforts to stampede the USA and Canada into forsaking fossil fuels and modern farming continue apace.

UN and other scientists recently sent out news releases claiming July 2019 was the “hottest month ever recorded on Earth” – nearly about 1.2 degrees C “above pre-industrial levels.” That era happens to coincide with the world’s emergence from the 500-year Little Ice Age. And “ever recorded” simply means measured; it does not include multiple earlier eras when Earth was much warmer than now.

Indeed, it is simply baseless to suppose that another few tenths of a degree (to 1.5 C above post-Little Ice Age levels) would somehow bring catastrophe to people, wildlife, agriculture and planet. It is equally ridiculous to assume all recent warming has been human-caused, with none of it natural or cyclical.

Moreover, as University of Alabama-Huntsville climate scientist Dr. Roy Spencer has noted, this past July was most likely not the warmest. The claim, he notes, is based on “a limited and error-prone array of thermometers which were never intended to measure global temperature trends.”

The measurements come primarily from airports and urban areas that are artificially warmed by cars, jets, asphalt, air conditioning exhausts and other human heat sources that warm the measuring sites as much as ten degrees F above temperatures in rural areas just 10 to 25 miles away. They do not reflect satellite data or “global reanalysis estimates” that would give a much more accurate picture.

The “hottest month” assertions also ignore major changes in measurement technologies, especially for ocean data, over the past 100-150 years. Perhaps most important, they ignore the paucity or absence of data for millions of square miles of oceanic, Siberian, Arctic and other regions, many of which have much cooler temperatures that would drive “average planetary temperature” figures downward. (And let’s not forget the record cold temperatures recorded for February 2019 in many parts of the world.)

The news media, however, dutifully repeated the spurious hottest-ever assertion as fact – and made no effort to seek out or quote skeptical experts like Spencer. Far worse, most of the experts who developed and propagated the “overheated planet” claims know all of this. But they have a narrative, an agenda, and are not going to let inconvenient facts get in the way. The “mainstream media” behaves similarly.

Then, a few days later, the same doom-saying “experts” issued dire warnings that global agriculture is on the brink of disaster. A “landmark report” by the UN’s Intergovernmental Panel on Climate Change said our dangerously warming planet is continuing to damage lands and forests, imperiling mankind’s ability to produce food. Climate change has become a growing danger to global food supplies, it intoned.

Prolonged rains well into the 2019 Midwestern US spring season certainly delayed planting and could affect 2019 corn and other harvests. However, bumper crops elsewhere in the world cast serious doubt on this latest round of IPCC and media fear-mongering.

Better hybrid seeds, biotech seeds, and modern fertilizers, pesticides, tractors and farming practices all played a role, as did weather that cooperated with farmers, if not with climate alarmists. However, another major factor is more carbon dioxide (CO2) in Earth’s atmosphere – which helps crop, forest and grassland plants grow faster and better, and also withstand droughts better. In fact, Dr. Craig Idso has estimated, rising CO2 levels generated some $3.2 trillion in cumulative extra global crop yields between 1961 and 2011, and another $9.8 trillion in predicted CO2-enhanced global crop harvests by 2050.

And now, in a bout of schizophrenia, the IPCC has further muddled its climate chaos message. Now it claims modern agriculture is not just a “victim of climate change.” It also causes climate chaos and must thus be part of “the solution.” Agriculture is responsible for over a quarter of total global greenhouse gas emissions (carbon dioxide and methane), and therefore must change its practices “to save the world.”

Plant-fertilizing carbon dioxide is 0.04% of the atmosphere, and methane represents 0.00017% – of which one-third is from natural sources (termites, swamps and bogs) and two-thirds from human activities: 39% of that from fossil fuels, 16% from landfills, 9% from waste management and 27% from farms.

In other words, agricultural methane could possibly be 27% of two-thirds of 0.00017% of atmospheric methane (CH4) – and that barely detectable 0.00003% (30¢ out of $1-million) of the atmosphere is supposedly driving dangerous manmade climate change. And based on that, we must change our farming and eating habits.

Instead of beef, humans must switch to “nutritious and environmentally sound” alternatives like green pepper, soy, asparagus and squash, says the IPCC. Instead of the full package of beef, pork and poultry, we should eat buckwheat, soy, pears and kidney beans – or other “globally optimal plant replacements.” Of course, locusts, grasshoppers, grubs and other insects are also excellent protein sources, it notes.

The 20,000-some activists, bureaucrats and politicians were in Salt Lake City for the August 26-28 UN climate change and sustainability conference and, of course, never followed that sage advice. They could also have had a global teleconference, instead of flying and driving halfway around the world – instead of spending millions of dollars, consuming millions of gallons of aviation and vehicle fuel, and emitting prodigious quantities of CO2 and CH4.

But they were much more comfortable lecturing the hoi polloi of humanity on how we must travel, eat, and heat and cool our homes (no cooler than a comfortable 28 C in summer, say EPA-Energy Star experts) in more sustainable and climate friendly ways. UN elites much prefer to tell the poorest people on the planet how much they will be “permitted” to develop and improve their living standards.

Dangerous manmade climate change “deniers” like me were of course not invited to participate in this taxpayer-financed UN event. We never are. So the Heartland Institute organized a separate August 26 program nearby, at which alternative evidence and perspectives were presented and live-streamed.

Heartland speakers explained why climate change is some 97% natural, not manmade (contrary to that phony 97% consensus that says otherwise); and why real-world evidence does not support IPCC claims about dangerously rising seas, increasingly violent storms or worsening droughts. My talk focused on why biofuel, wind, solar and battery technologies are not clean, green, renewable or sustainable.

I pointed out for example that replacing 100% of US gasoline with ethanol would require some 360 million acres of corn – seven times the land area of Utah. Replacing the more than 25 billion megawatt-hours of electricity the world consumed in 2018 would require some 100 million 400-foot-tall 1.8-MW bird and bat-butchering wind turbines that would actually generate electricity only about 20% of the time.

Assuming just 15 acres apiece, those monster turbines would require some 1.5 billion acres – nearly 80% of the entire Lower 48 United States! And those wind turbines would need some 200 times more raw materials per megawatt than combined-cycle gas turbine power plants. Building and installing them would require massive increases in mining and quarrying all across the globe.

The UN and IPCC delegations and Green New Dealers absolutely do not want to talk about any of this – much less about slave and child labor for cobalt, rare earth and other metals that are the foundation for their make-believe “renewable, sustainable, no-fossil-fuel” future. No wonder they don’t invite us.

These are vitally important issues. They demand robust, evidence-based debates – with all interested and affected parties participating – including the world’s poor and manmade climate chaos skeptics. 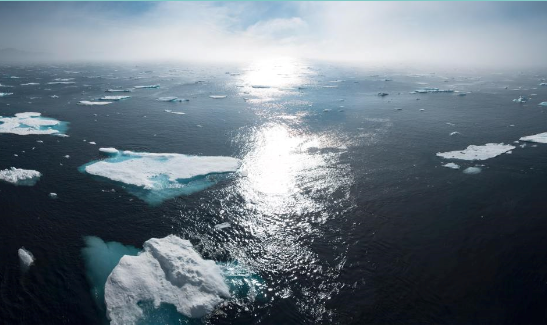