A Canadian First Nations chief is slamming a recent directive from a United Nations anti-racism committee after the organization called for the shutdown of an Indigenous-backed pipeline only to later admit that it did not seek Aboriginal views toward the project.

In December, the United Nations Committee on the Elimination of Racial Discrimination (CERD) released a directive calling for three large-scale natural resource projects in British Columbia to be “immediately” shut down, including the Coastal GasLink natural gas pipeline that would feed into a massive export facility along the West coast. The project has signed benefit agreements with 20 Indigenous communities along its 670-kilometre route.

But in an interview with Reuters published Thursday, CERD chair Noureddine Amir admitted that the committee did not study First Nations views toward the project, saying he “did not know” that most communities supported it.

“I did not know that most First Nations agree on that,” he told Reuters. “This is something new that comes to my understanding.” He further said he did not seek out further information on the project because the role of the committee does not involve investigative work.

Haisla Nation Chief Crystal Smith, whose community has signed a community benefit agreement with Coastal, told the National Post, “I frankly find it condescending to the work the 20 nations have done in the past six or seven years to get the project to where it is today.”

She said the UN directive points to the bombastic quality of discussion around major resource projects in Canada, which have received intense scrutiny over the past decade largely due to a perception of widespread First Nations opposition.

“I think it speaks volumes in terms of the sensationalism (around) a topic that is getting so much attention,” Smith said. “There are sides to the story that are not being reflected and frankly there are not many voices in the media in support of the project.”

The United Nations directive also called for an immediate halt to construction of the Trans Mountain pipeline and Site C dam in British Columbia, which have also been disputed in court. It said it was “disturbed by the forced removal, disproportionate use of force, harassment and intimidation by law enforcement officials against indigenous peoples who peacefully oppose large-scale development projects on their traditional territories.”

“I nearly spat out my coffee,” Chris Sankey, former elected band councillor with the Lax Kw’alaams First Nation in Prince Rupert said Friday. The community was in years of negotiations over the  proposed Pacific NorthWest LNG project, which has since been scrapped.

“Of all people, someone in his position, you would think the very first thing he would do is at least to gather information on both sides of the story. It’s unfortunate he never did his homework.

“He could have looked it up online and found out in seconds,” he said.

“It is unbelievable that a United Nations Committee who attempted to single out Canada didn’t even realize that many major Canadian projects have earned First Nations and community support,” she said in a written statement.

Haisla chief Smith said the agreement her community signed with Calgary-based TC Energy, who is building the pipeline, is its best chance of attaining autonomy and becoming financially independent. Proceeds will go toward broad poverty reduction programs and other social tools, as well as efforts to “revitalize” the local culture, she said.

“They offer the solution to social issues that no other entity, no other political body, no other government has been able to do for our people.”

The Coastal pipeline is part of the broader $40 billion LNG Canada project under construction near Kitimat, B.C., which will eventually ship supercooled gas to Asian markets. The project marks the first major LNG project to reach the construction phase along the B.C. coasts, after years of political wrangling and regulatory delays that have delayed large-scale developments. 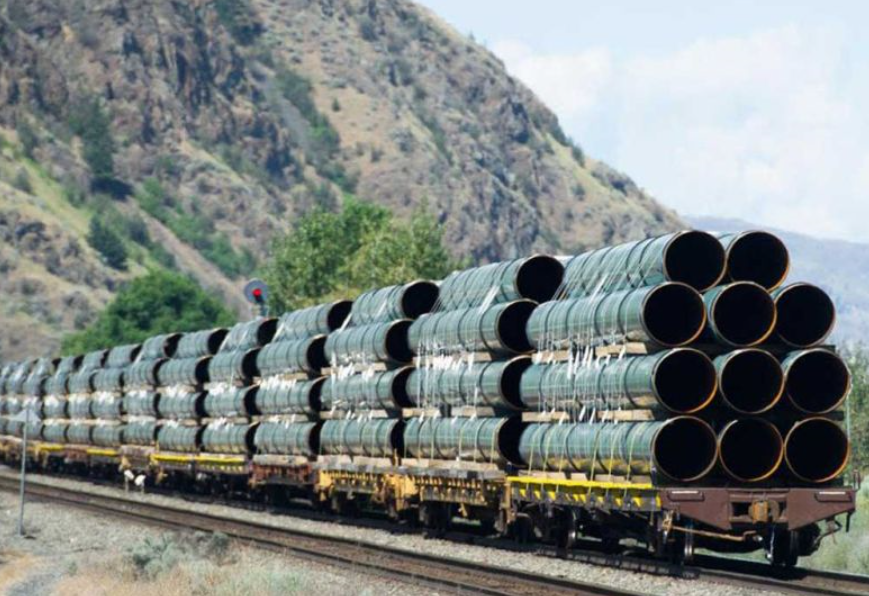