Now all we need is a ruling that Ottawa has to respect property rights -- of landowners and energy companies.

In a huge win for Alberta and for Canadian prosperity, a BC court of appeal has ruled that the BC governments restriction on Alberta oil shipments is unconstitutional.

The court says the federal government has sole jurisdiction over inter-provincial pipelines.

It’s a good, common-sense ruling, since nationwide infrastructure must be the domain of the federal government. Otherwise, things like building roads, power infrastructure, pipelines, and more would be put at risk.

This boosts the chances for the TransMountain pipeline, and also makes it clear that the Energy East Pipeline could be restarted and constructed, even if the Quebec government opposes it. 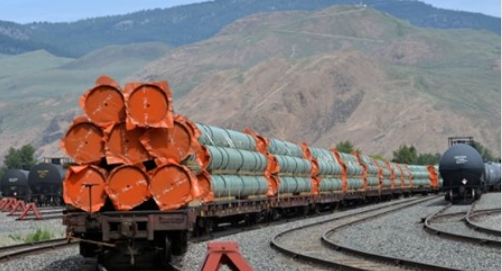