Exports to Asia were at their highest ever, with India the leading destination by far

Canada’s oilsands producers were able to export a record amount of crude to overseas markets thanks to a new link to the U.S. Gulf Coast.

The recent reversal of Marathon Pipe Line Inc.’s Capline pipeline is sending oil sands crude produced in landlocked Alberta to export terminals on Gulf Coast where it can be shipped to other countries. Exports to Asia were at their highest ever, with India the leading destination by far, followed by China and then South Korea, according to oil analytics firm Kpler.

The development marks a sea change for Canada’s oil industry. The country holds the third highest crude reserves in the world, but exports to markets beyond the U.S. have been limited due to a lack of infrastructure. Canada has faced severe opposition from activists for building pipelines from the oil sands region to British Columbia’s Pacific Coast. Additionally, the Biden Administration last year blocked the Keystone XL pipeline, effectively shutting Canada’s crude out of the global market.

“Looking ahead, Canadian crude exports out of the U.S. Gulf should continue to show strength,” said Matt Smith, oil analyst at Kpler. “With Venezuelan crude exports having tanked in recent years, and now with the prospect of Mexican crude being taken off the market, Canadian crude appears to be one of the leading beneficiaries of these changing dynamics.”

In October, overall Canadian shipments of oil to the U.S. jumped to more than 4 million barrels a day, highest volume since the start of the year thanks in part to the startup of a long-delayed Canadian pipeline. 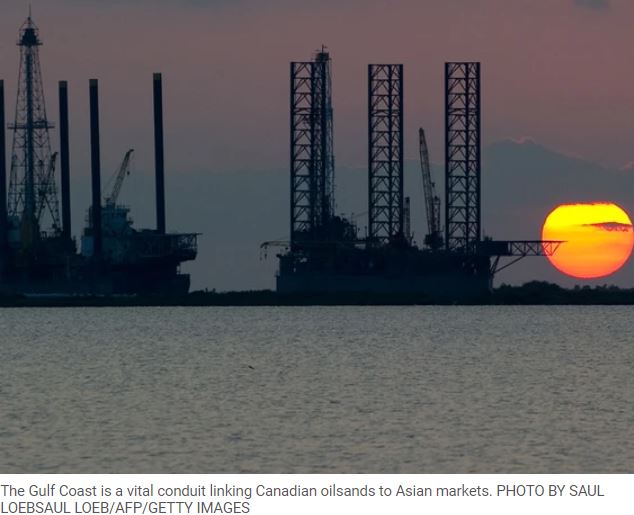