We told you earlier this month about Ottawa's coming War on Fertilizer and how pipeline landowners are uniquely vulnerable because of the federal government's control of the easement on your land.

CAEPLA's belief is that the Canadian Energy Regulator (CER), already a promotional and enforcement agent of federal government policies such as Reconciliation and Climate Change, will serve as a backdoor onto your property for their prosecution of the War on Fertilizer.

No sooner had we warned about this than in fact federal agents have been caught trespassing countless times this month on Saskatchewan farms.

CAEPLA believes it is now only a matter of time before the CER facilitates testing of your soil and water in search of nitrates.

For now, we ask that you be vigilant and contact us with any violations you become aware of, and we will get word out immediately across the CAEPLA landowner network.

"While the Liberal agriculture minister blames misinformation for the combative sentiment against the fertilizer reduction scheme, President of the Western Canadian Wheat Growers Gunter Jochum says the policy may spark Canadian protests similar to the Netherlands protests."

CAEPLA will be putting the CER on notice that landowners will not tolerate abuse of their easement agreements for the purposes of promoting political agendas.

In the letter addressed to environment minister Steven Guilbeault, Cockrill argues that the federal government is encroaching on provincial jurisdiction by performing duties customarily carried out by the Saskatchewan Water Security Agency while failing to request permission of the property owners to carry out the tests.

“Government of Canada representatives did not request permission to enter from the landowner, nor did they seek permission to perform testing or advise landowners of any other purpose or necessity for attendance.”

According to Cockrill, the Saskatchewan government was contacted by producers in Pense, Mossbank and Pilot Butte with concerns about people from clearly marked Government of Canada vehicles trespassing on private lands, claiming to test the water sources for pesticide/nitrate levels on their grounds.

The letter demands that the federal government “cease and desist” the soil testing of pesticides and nitrates in the soil of private property. It also threatens that continuation of the program could lead to the arrest of anyone caught performing the illegal tests.

Cockrill points to Section 3 of Saskatchewan’s Trespass to Property Act, “Without the consent of the occupier of a premises, no person who is not acting under a right or authority conferred by law shall: enter in or on the premises when entry is prohibited pursuant to this Act.”

If found guilty of violating this law, an assailant can face months of jail time and/or a hefty fine, with anyone who orders someone to commit the offence facing an up to $200,000 fine.

The Trudeau government has begun to push massive fertilizer use reductions by farmers, citing their climate goals to bring Canada in line with the Paris Climate Accords.

Farmers have expressed frustration with the Liberal government, as 72% of farmers say Trudeau’s emission reduction scheme will cause crop yield to plummet.

Similar emission reduction schemes in the Netherlands have led Dutch farmers to revolt against their government, blocking critical roadways and limiting the country’s food supply.

While the Liberal agriculture minister blames misinformation for the combative sentiment against the fertilizer reduction scheme, President of the Western Canadian Wheat Growers Gunter Jochum says the policy may spark Canadian protests similar to the Netherlands protests.

True North has reached out to minister Guilbeault for comment. Guilbeault has not responded to the requests. 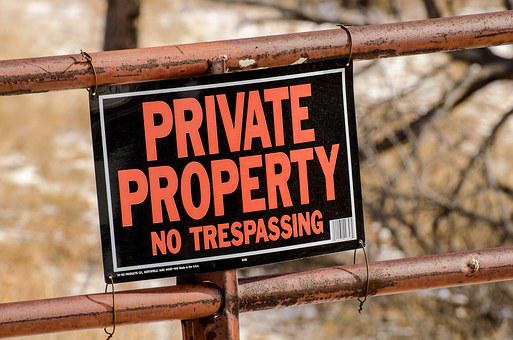 CAEPLA is here for you, the landowner. We are pro development but, like you, believe protection of family, business, and land values comes first. Our team of advocates and negotiators has nearly three decades’ experience fighting on your behalf.

CAEPLA counts on you and our loyal landowner readership to make publication of the Pipeline Observer's unique information and perspectives possible.

Without the support of thousands of pipeline landowners like you, the Pipeline Observer would not be able to present independent minded content on a regular basis.

Will you continue to help us remain free and independent, delivering all the news and views pipeline landowners and the public need to properly understand property rights at this important period in history?