Government by nature is all about expropriation

“Private energy transport companies are capable of securing land without resorting to expropriation.”

“The CPC energy corridor is a promise to Canadians that property rights will be violated.”

Andrew Scheer announced recently that a Conservative government would create an energy corridor across Canada to break up pipeline gridlock and provide a transmission route for energy. The plan is based on a paper by G. Kent Fellows from the University of Calgary. Fellows estimates the plan would cost $100 billion and take decades to complete, and that, based on increased GDP, the cost would be worth it.

If this is such a great plan, why doesn’t an entrepreneur do it? Surely there would be huge profits to be made by negotiating with landowners and government jurisdictions across Canada to create an energy corridor. Surely Scheer or Fellows would put their money where their mouths are and put their skin in the game for a huge payday if they thought this was such a good idea. The answer has to be that the cost is greater than the payoff.

That’s not to say that there are no profitable energy corridors or green energy projects. Canada is full of energy corridors and green energy projects. Some were done through expropriation or the threat thereof, but none needed to be. Private energy transport companies are capable of securing land without resorting to expropriation, which is just another kind of subsidy, another kind of wealth redistribution.

But government, by nature, is all about expropriating and redistributing wealth. What do you think will happen to private landowners — be they farmers, ranchers or energy transport companies themselves — who turn down the government’s offer? A quick glance at the way provincial energy Crown corporations in British Columbia (the Site C Dam) or Manitoba (BiPole lll transmission line) treat landowners will give you a pretty good idea.

I sympathize with pipeline gridlock. It seems to me that routes have been negotiated and that property rights of pipeline owners are being violated by activist blockades and by provincial and municipal governments. Members of Confederation have a duty to allow the free flow of goods and labour through their jurisdiction, and they aren’t living up to their end of the bargain. The federal government has a role to play in ensuring that members of Confederation honour their obligations and find ways to accommodate pipelines through government-controlled land, but an energy corridor is outright government ownership of the means of production and can only be achieved by violating property rights.

Western civilization created a fabric for the greatest prosperity in human history. This flourishing was not created through government action. It is the actions of individuals with property rights that have created the wealth we enjoy. We have flourished in spite of government action, not because of it.

The Trudeau government has done enough damage to the fabric of property rights and individual liberty that supports us. We don’t need another party promising to erode this fabric. I wonder if Scheer has given any thought to what would happen if his beloved energy corridor came under the control of an NDP or Green Party government in the future.

The CPC energy corridor is a promise to Canadians that property rights will be violated and corporate subsidies will ramp up, that we can expect a command economy no matter which party holds power, and that nations are built through forced collectivism rather than individual cooperative effort. 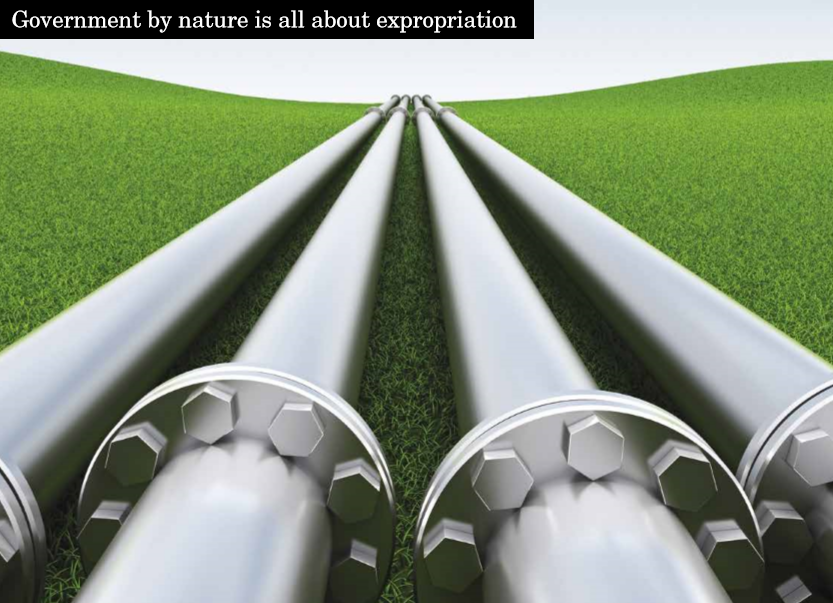 Tim Moen is a paramedic, writer and entrepreneur. Tim grew up on a farm in northern Alberta and became leader of the Libertarian Party of Canada in 2014. He has made regular appearances on FOX News and the pages of the Huffington Post and Post Millennial.