Industry has considered this idea over the years and decided to pass on it.

If, by some long shot, a pipeline company did choose to proceed through Manitoba, it would be a clear indicator of how desperate the Canadian energy transport industry has become -- and there is little reason to expect a better outcome in that province than in BC or Quebec.

If such a project does get underway, landowners need to be very wary.  Because Manitoba as a jurisdiction, and the Pallister government in particular, are no friends of property rights. Just ask any member of the Manitoba BiPole lll Landowner Committee (MBLC) who have been abused by successive provincial governments for nearly a decade now.

WINNIPEG -- The potential development of an oil pipeline to Churchill is up for discussion in Saskatchewan.

That province‘s Premier Scott Moe has put together a committee of cabinet ministers to assess how the government could help get more pipelines built in the province.

He says the idea for the committee came from communities, Indigenous leaders and businesses that want to expand access into the United States or create it through the Port of Churchill in Manitoba.

Moe said encouraging pipeline expansion and supporting Indigenous participation are two of the goals in the government's plan to grow Saskatchewan's population and economy.

“There are no new pipeline proposals currently at a stage that would require dialogue between our government and Saskatchewan. We are always interested in exploring opportunities for economic development in northern Manitoba, though any proposal of this nature would have to go through the proper environmental approval processes. As well, a full consultation process with all stakeholders, including Indigenous leaders and communities, would be required before any such project would be approved,” he said in the statement.

The idea is being opposed by Eric Reder, Manitoba director for the Wilderness Committee. He said boggy terrain in the region means greater risk of a rupture or spill.

The Assembly of Manitoba Chiefs said if discussions do start between the two provinces, it hopes there would be meaningful engagement with First Nations and Manitoba.

“The AMC calls on Saskatchewan Premier Scott and Manitoba Premier Brian Pallister to ensure that First Nations in Manitoba are involved in the discussions for the development of an oil pipeline to Churchill. First Nations in Manitoba must be involved, consulted and engaged in the process in a manner that respects their rights and interests. This includes considerations of First Nations’ interests in other infrastructure including the railway, and, if developed, their involvement that leads to positive economic benefits and prosperity,” said Grand Chief Arlen Dumas in a statement.

- With files from the Canadian Press. 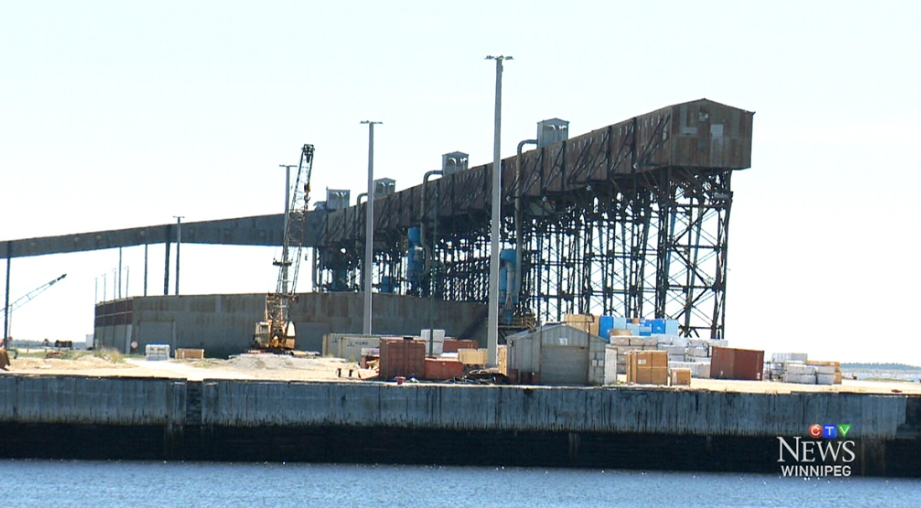